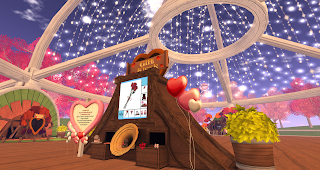 HAPPY VALENTINE’S DAY everyone!  A day for Love and Romance and meeting the Lindens if you so desire!  The event starts at 12 noon SLT time, the Linden's Promo states:


'Party with us at the Isle of View on February 14th from 12pm to 2pm (Pacific). Meet your Valentine, enjoy music, and don’t miss the Dunk-a-Linden and Hug-a-Linden booths!'

So don't be shy go over and have some fun!

Posted by Janey Bracken at 14:06 No comments:

History is Made as Britain Leaves the EU 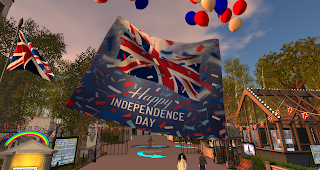 As the clock stuck 11pm tonight the UK left the European Union, the first country to break away from the EU to regain its independence. It's not going to be an easy road for a while, there will be such a lot to sort out about our future relationship with the EU,  about how we trade with them, but there is no going back. It's time for Remainers and Brexiteers to work together for a bright future, one where we can remain friends with our wonderful neighbours in Europe, to trade and to enjoy our different cultures and traditions. We aren't leaving Europe, we are leaving the EU and we are once again a Sovereign nation. We have a year whilst the transition period carries on and a deal is thrashed out.  It is the right decision, as Nigel Farage said tonight, it is far better to be an independent country than to just be a star on someone else's flag.