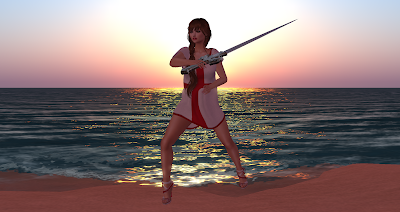 For England and St George! The well known battle cry for the pride of our country, our England! Tomorrow is St George's Day, when traditionally we celebrate our Englishness, our heritage and our culture, just as we should. For we are a country with a long, rich and complicated history of good and bad Kings, Queens and leaders with centuries of peace and war, but always with a strong core of very loyal sovereign citizens, most of whom love this tiny island on which we dwell with our cherished brothers and sisters of Ireland, Scotland and Wales. Our United Kingdom!

So who was St George? Well looking through what info there is, no one seems to be sure, but it was thought that he was a high ranking officer in the Roman Army, being killed around AD 303.  The story goes that Emperor Diocletian had St George tortured to try to make him deny his faith in God, but St George showed incredible faith and courage and was finally beheaded near Lydda in Palestine.

When one pictures St George, it's usually of him mounted on a majestic white charger with his spear in his hand slaughtering the famous dragon.  The fight to the death with the hapless dragon was said to have taken place at Dragon Hill in Uffington in Berkshire where according to legend, no grass grows where the dragon's blood spilled onto the hill.  St George was made the Patron Saint of England by King Edward lll when he formed the Order of the Garter in 1350.

If he was alive today how would St George react to our present day 'dragons', our enemies who would divide and conquer our beautiful Kingdom. My guess is that he would get right back onto his magnificent white steed and never cease in fighting for freedom, democracy and sovereignty for the benefit of the British people and their future generations to come. We continue the fight for England, for Britain ..... and St George!