Ed and Debbie Show Hibiscus and I Some Great Dance Moves With Bento Dance Animations. 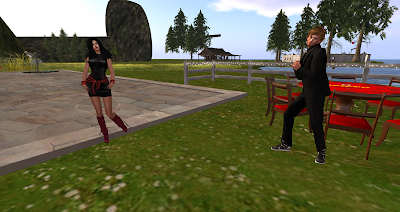 Ed and Debbie dropped over to my place in SL last night, as Hibiscus and I were finishing off a game of Skippo (the SL card game that we are hooked on!).  Ed wanted to show us some new dance animations, these are for the Bento avatars, which give you much more movement and smoothness overall and look just great.  As Ed danced I could see his Bento hands moving just like real life hands with the fingers bending and straightening individually of each other, instead of the usual static hands that keep one pose all the time on the classic avatars.  After I said goodbye to Hib, Ed and Debbie I teleported over to the dance animation store that Ed had given me the landmark for called MOVE, where he had purchased his Dance AO. I replaced my classic avatar hands with the Maitreya Lara Bento hands in my inventory and I had great fun trying out the Bento dances, they are so graceful and the arm and hand movements are brilliant.  I bought a couple of dances, it was about time, I've been using the same old Dance AO I bought a few years ago and I was very bored with it.  I will keep the Bento hands on my avatar now, I'd not used them in the beginning because some people couldn't see them on their browsers, but I think most people are using the latest mesh avatars now, so it's time to put the classic hands away for good. 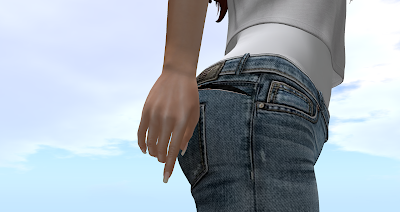 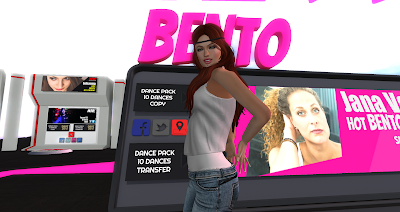 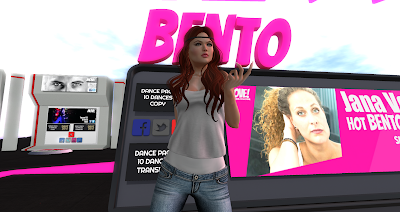 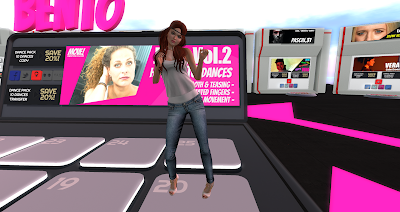 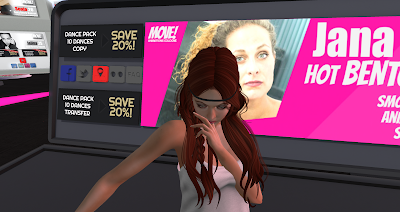