Hurry And Catch The Virtual Charles Dickens's 'A Christmas Carol' - The Dicken's Project is Awesome! 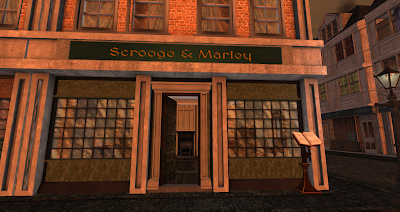 It wouldn't really be Christmas without Charles Dickens's famous story 'A Christmas Carol'.  A tale all about Scrooge and his visitations by the three ghosts, Christmas Past, Present and Future. The wonderfully descriptive writing of Dickens portrayed the true harsh reality of Victorian London with its struggling poor population, the middle classes and the rich, which highlights how they spent their Christmas celebrations in this well thought out tale.  There have been many movies based on this classic story, many of them screened over and over again during the holidays and with each year adding a new generation of fans. It's a story that is pretty timeless with its message about the spirit of the season and how giving is a greater joy in the end, rather than receiving.  Well now you can step into the Dickens's landscape courtesy of  'The Dickens Project', a Second Life virtual Victorian London presented by Seanchai Library at the LEA7 sim.  You can take a balloon trip or a carriage ride around the beautifully built Victorian Streets, but hurry, the Charles Dickens Project is due to close soon. Enjoy! 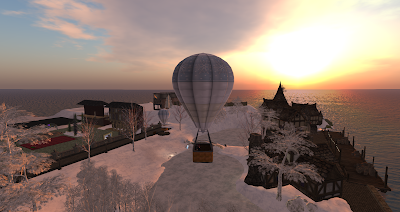 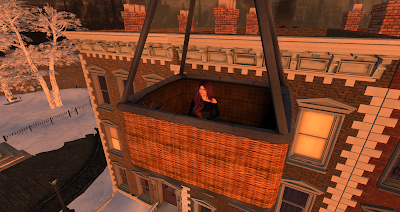 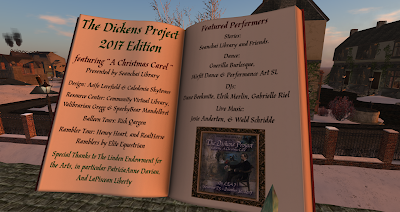