Team Diabetes Of Second Life Celebrate Their Third Year In SL, See Their Forthcoming Events For 2017 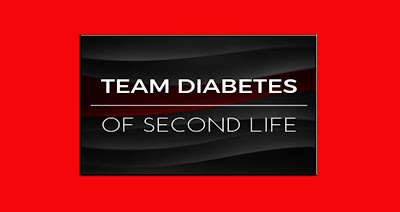 
Want to help? In addition to the events mentioned above, individuals, businesses, and organizations are encouraged to hold fundraising events in support of Team Diabetes of Second Life!  The official 2017 fundraising season toolkit will be available to the second life public on September 1, 2017, at the organization’s office in the Nonprofit Commons in Second Life.

According to the World Health Organization (2016): 422 million adults in the world have diabetes and 1.5 million deaths are directly attributed to diabetes each year.

About The American Diabetes Association:

The American Diabetes Association delivers services to hundreds of communities and provides objective and credible information and resources about diabetes.

http://www.idf.org/membership/meet-our-members
(Website to find diabetes information in your home country)
Posted by Janey Bracken at 17:07