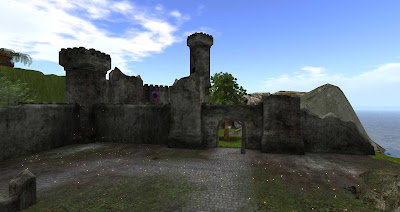 I'd started searching for a new parcel of virtual land straight away after I knew I was leaving the Jamaica Inn sim.  Sometimes things are meant to be, just as real life events that you consider bad or disruptive usually open up new avenues that you would never have gone down had you not been forced out of your comfort zone.  Luck, coincidence or synchronicity, there is nearly always a reason for change.  I rented a small place from the Jamaica Inn landlord so I would have a base for the time being, but soon realised that I missed the size of the quarter homestead.  Hibiscus too had rented another place, she did have the same quarter homestead size that she had left, but it was a sandy sim and not grass, which she had really wanted.  We discussed that if we could, we would find a sim where we could be neighbours again, so we had plans to carry on searching for two adjoining parcels.

Most of the adverts were for parcels in full sims, which come with lots of prims for building, but for the amount of rent we wanted to pay you got much smaller areas. So I scrolled down the list in Land Sales looking for  homesteads, which are more restricted for traffic and prims, but more spacious.  You still get 1250 prims for a quarter of a homestead, which really is plenty for me.  I started to visit the parcels that I fancied on the list and as luck would have it I found a quarter of a homestead which suited all my needs. It was grass and not sand and the people in the other parcels had divided their land off with rocky cliffs  and high ridges, there were none of the dreaded ugly tree screens being used.  I contacted the estate agent and bought the parcel straight away.

I am calling the land 'Tintagel', named after a seaside town in North Cornwall.  The real Tintagel is famous for its vast castle ruins, which sit right next to the Atlantic ocean on top of the steep rocky cliffs.  For anyone visiting Tintagel Castle in real life, it's quite a climb up those rocky slopes to see this fascinating relic from the past, but it is a magical place.  Legend has it that Tintagel Castle is closely linked with the mythical King Arthur and his Court.  I have started to build my own castle ruins by the sea, not such a climb and lots of fun, artistic licence is alive and well in Second Life

One of the parcels next to me in the homestead had just one house in the middle of the large plot, so they hadn't done any building or landscaping which I thought was a bit odd.  However when I arrived at my new home last night the house had gone. Clicking on the ground I could see that the land was for sale. I contacted the estate manager who confirmed that the land was back on the market. I asked him to hold onto the land so that I could contact Hibiscus to see if she was interested.  I left her a message and when I woke up this morning I read her reply; She had bought it and we are now neighbours again, we are both delighted! 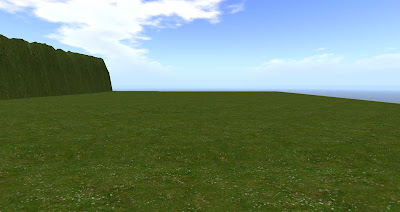 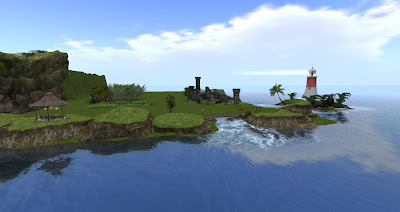 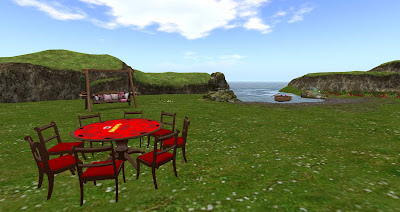 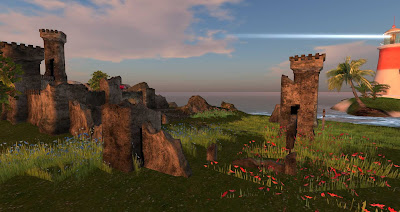 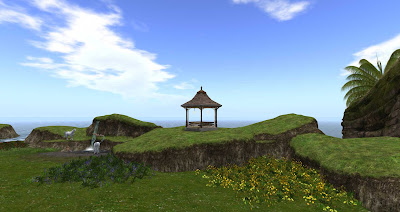 I'm excited too! Will be lots of fun.