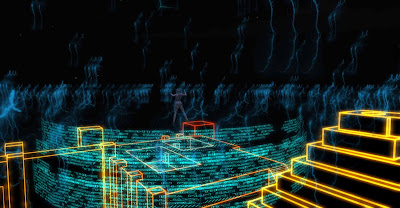 Hibiscus and I went to an amazing Particle Show last night called 'Journey To The Grid' by Delain Canucci.  Delain was holding her magical show at artist Gem Preiz's brilliant new LEA16 exhibition called 'Anthropic Principle'.  If you get a chance go over and see Gem's artwork, which in itself is full of light and his wonderful signature fractal paintings. The invitation stated "Ever wanted to take a journey to the Grid? then this is your chance!" The show was based on the theme of the sim - TRON.

We took our seats and the show began as the narrative was broadcast "The Grid. A digital frontier. I tried to picture clusters of information as they moved through the computer. What did they look like? Ships? motorcycles? Were the circuits like freeways? I kept dreaming of a world I thought I'd never see. And then, one day.... 7 Year Old Sam Flynn: You got in? Kevin Flynn: That's right, man. I got in."

We watched the graceful dancers in their futuristic bodysuits as they twirled light enhanced streamers around their heads as Delain Canucci's particles of glowing lights suddenly exploded into the sim. A beautiful sight met our eyes as the colours and shapes emerged spreading far and wide around Delain. At one stage it looked as if Delain's own shape was multiplied around her as the grid's mathematical data appeared below. I had the impression of quantum science, where you can be not just in one place but in all places and at all times from watching this spectacular section, it was pretty awesome. The dramatic music, provided by DJ ChillyMilly Barbosa added to the electric atmosphere of the event.  The show was a great success and everyone loved it.  Delain and her dancers, Salve Pinazzo, Dreemedee Psaltry, and Morgaana La Fae did superbly with their sparkling performance and Gem's art made it a perfect evening. 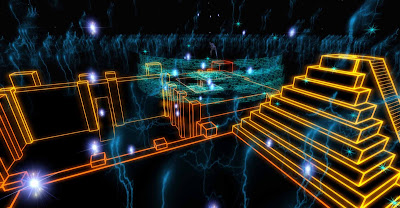 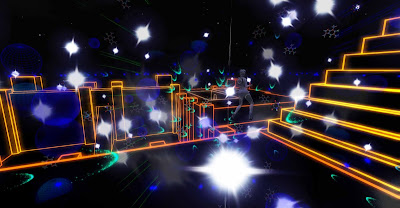 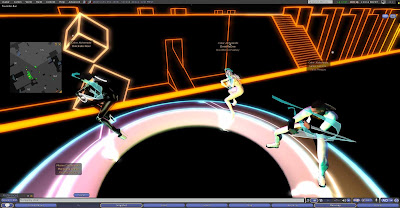 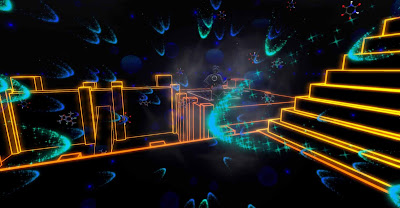 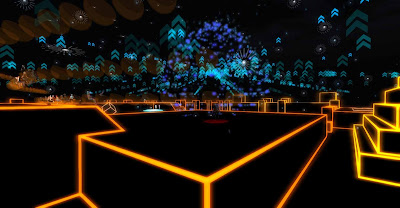 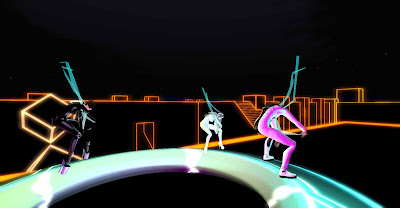 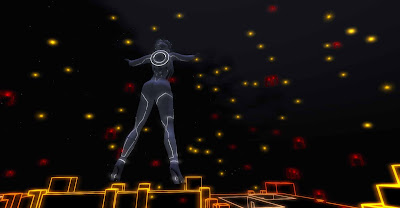 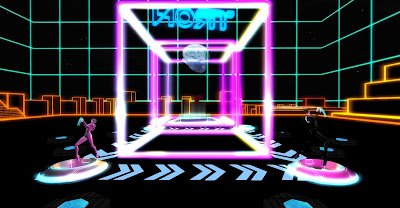 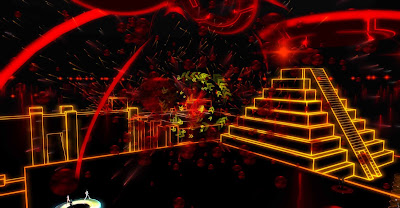 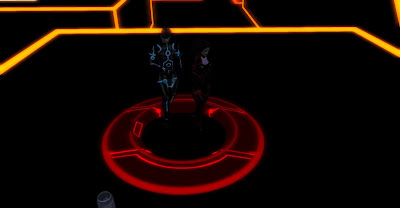 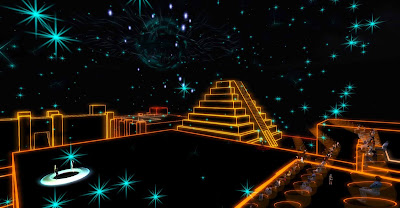 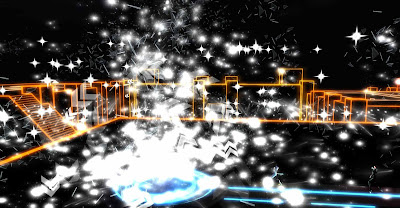 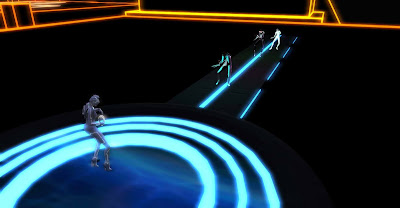 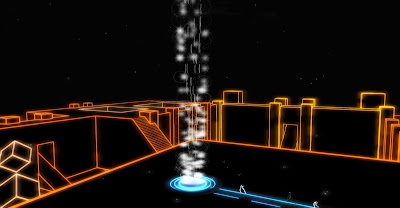 What a wonderful show! It has been ages since I have been to anything like this and I am so glad you told me about it Janey, so I that I was able to attend. Shows like this, the creativity and the community of artists getting together to produce such a spectacular event is one of the greatest aspects of SL and I am so glad that after all these years you can still find such exciting displays.