The Marvels of the Bento Mesh Head!

I'd bought a mesh head some time ago and whilst it was very pretty I hadn't been entirely happy with it as I couldn't alter the features to the way I wanted my avatar to look. So after a few weeks I'd abandoned it and gone back to my basic av head along with the Maitreya Lara mesh body, which I am really pleased with.  Then I started to hear about the new Bento mesh heads, a head where you could actually use the Second Life Appearance sliders to change the features.

I travelled over to the Catwa store to take a look at their Bento range. There are always a lot of people visiting Catwa and I tried not to bump into any half rezzed avs as I made my way to the wall with the Bento vendors.  I took samples of the heads as I've been impulsive many times in the past and bought something without trying it out properly, only to regret it afterwards. Returning to my SL home I had lots of fun trying the Bento heads on; With the Demo Hud you can add the skin texture to give you a good idea of how the head will look, plus most of the SL size sliders worked when I went into Appearance, changing the shape of the eyes, mouth etc. I tried to pick a Catwa Bento head that was as close as I could get it to my normal avatar look, knowing I could tone down those extra luscious full lips that most of the mesh heads seem to have, they are a little too pouty for my av.  I finally decided on the Catwa 'Kimberly' head and couldn't wait to start playing around with it to make it my own style.

The heads are fairly expensive at 5000L, but it's reasonable when you think you are going to wear it all of the time and the skill that went into making it is fantastic.  The facial features are so smooth and well sculpted, no more basic avatar lumps and bumps, just realistic folds of skin around the nostrils and mouth.  It took me a few days of altering the appearance to get the head the way I wanted it, nearly every time I logged on I would tweak another little bit, but I've enjoyed working on it. The emotes are just amazing too, the Hud you get with the head has 24 emotions, some are quit subtle, with a slight curl of the lip, all very natural looking!

I'd wondered what the developers kit was for that comes with the Bento head package and when I opened it I discovered it's a great idea for people who want to add their own styles to the mesh head. You can add your own textures and there are some very helpful Catwa videos on You Tube showing you how to do lots of it.  I had fancied making an eye texture, but when I looked at the Catwa mesh eyes for sale, with actual tears if you want them, I decided to buy them instead (one set of rigged mesh Catwa eyes are included with the head so you don't have to purchase new eyes straight away). I was really happy that I had bought the eye pack, there are so many colours to pick from, but best of all the eyes are animated, the pupils automatically dilate and constrict as in reality, they are expensive (1,500L) but once again well worth the outlay.

To complete my avatar I needed a nice new skin and as The Skinnery store has Catwa skin appliers I went over to see what they had in their shop.  I found a skin I really liked and bought it, so my avatar is complete, well for now anyway!

All in all I'm loving the Bento head and Maitreya have added Bento hands to their Lara body, so there are plenty of hand poses to choose from too!  Once again our clever SL designers astound me with their work and the way they make it so interesting for everyone as avatars get more and more realistic all the time. 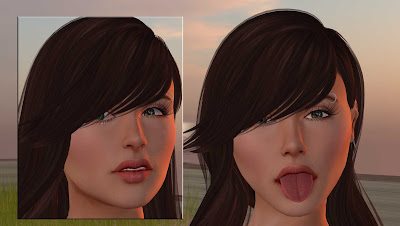 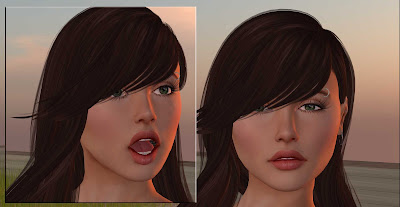 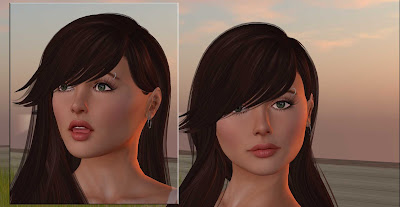 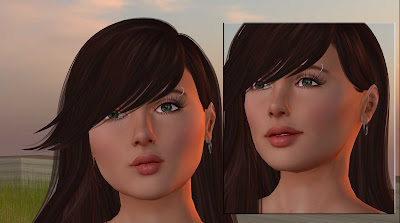 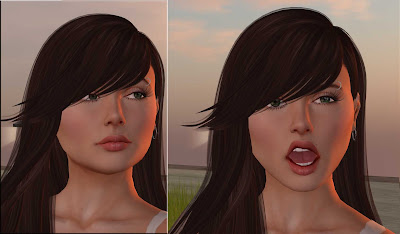 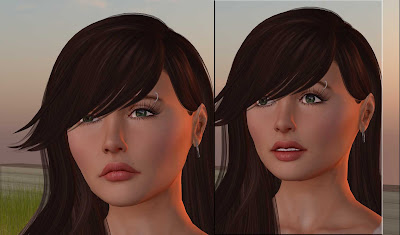 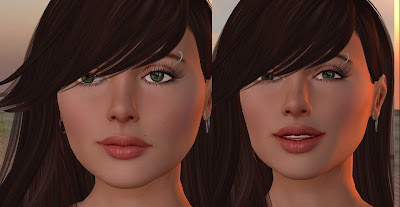 Thanks Hib, these designers/technicians are amazing aren't they! I must admit, it takes me a while to get my head around the new SL technology, but there are lots of helpful videos to guide us through it all and I'm still learning. It's been great fun trying all the Demos kindly supplied by the stores to their customers. The change in avatars over the years is astounding, imagine what another few years will bring to virtual reality.