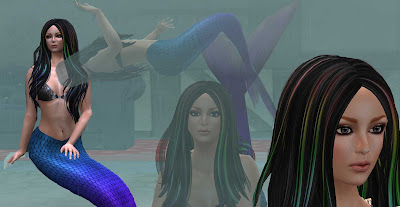 It was Bernice Galteir's Birthday today and she had a lovely party at Zorro's Tavern to celebrate. The theme for the party was the weather and Rob must have raised the roof on the Tavern to let the rain pour in, as it was lashing down!  People had umbrellas and wellington boots, however Bernie came prepared without needing a rain mac, she was a beautiful mermaid, even bringing her own giant fish bowl to swim around in.  Fibi and I found some little fishes to float around  our heads and Ed said it made him hungry for fish and chips, I later saw him dancing with a shark, I bet that put him right off his supper!  I actually had fish and chips with mayo in my inventory which I got out. To my surprise it was wrapped in the British newspaper The Sun and the headline read  "Freddie Starr Ate My Hamster" (Yes it was a real headline in 13 March 1986).  It was recorded later that the story was fabricated, thankfully for the poor little hamster!

Dj Janis Short played some brilliant weather associated tunes and also did a smashing job decorating the Tavern for Bernie's Birthday and Zorro's owner Rob made the amazing neon Happy Birthday sign.  Hope you had a great day Bernie! 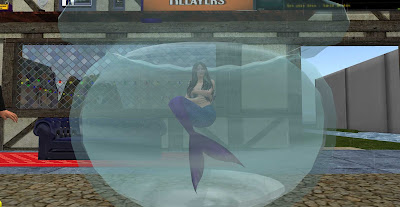 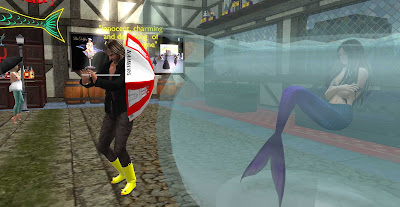 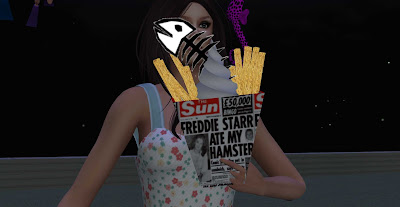 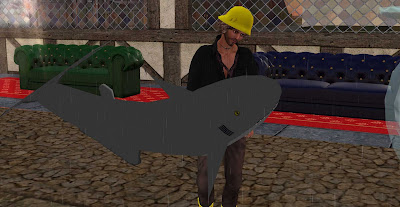 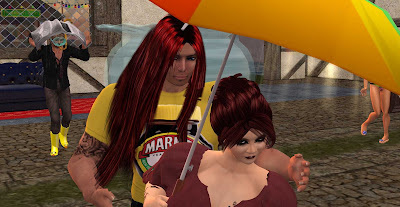 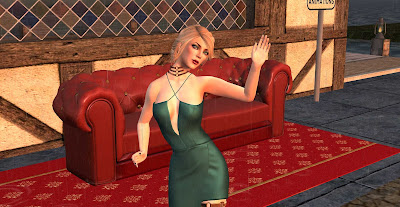 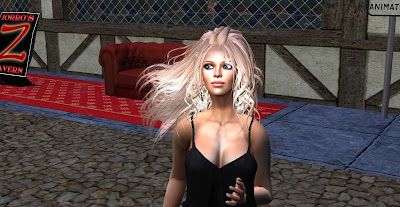 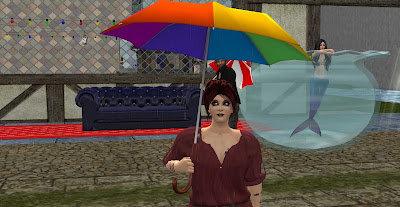 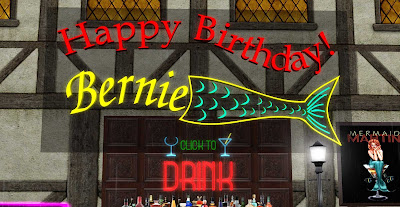 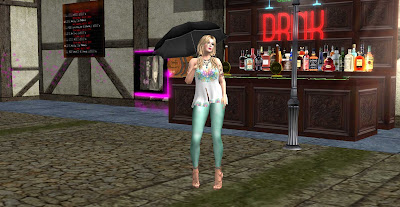 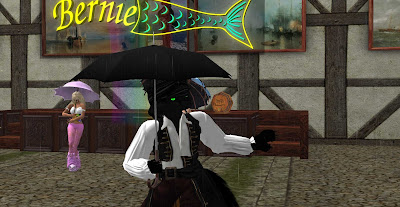 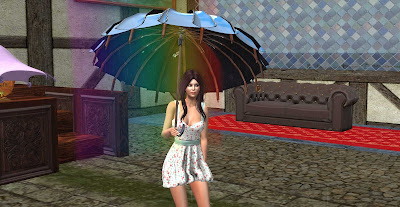 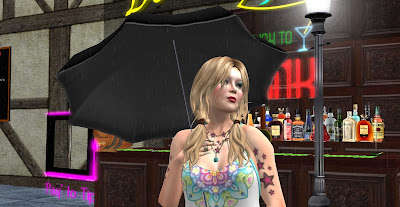 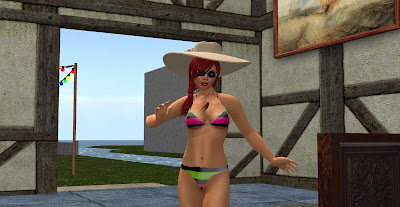 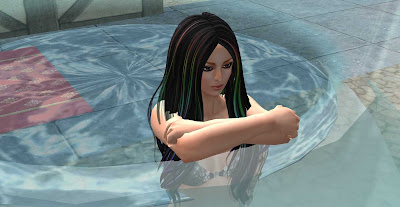 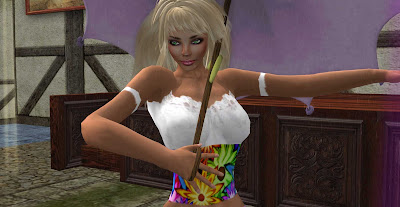 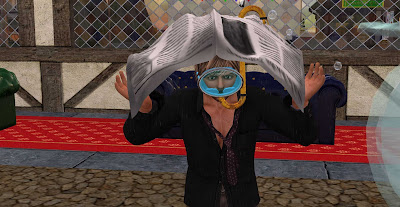 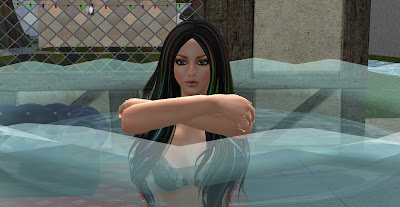 Happy Birthday Bernie, so sorry I missed the party, it looks like it was a great event. Great pictures, Janey! And glad to hear the hamster was ok.