I've got an 'orrible cold! so I haven't  been having late nights in the SL clubs for a few days. However, DJ TXBarbara Bailey does a fantastic Noon slot (SLT) at Zorro's Tavern on Saturdays, so I went over there for some fun. As usual, Barb played some great tunes, she was mixing Rock with Country and it went down really well.  I keep meaning to update my SL Dances as my animations are a bit dated now and Barb asked us to join her on her Dance Chimera, so we were all dancing along together.  She has some nice dances so I'm definitely going to go shopping and get something similar. How perfectly we all dance together in SL! It always amazes me that it all looks in time with whatever music is playing as well.  We were talking about people's accents tonight, and shoosh, don't say I told you, but Barb has a lovely accent as she is from Texas and she sounds just like Dolly Parton! 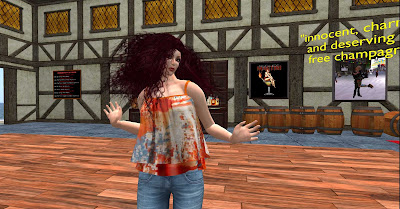 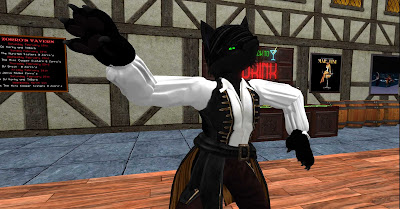 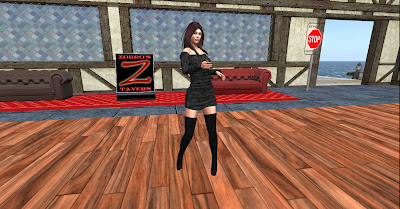 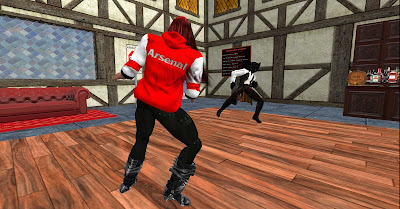 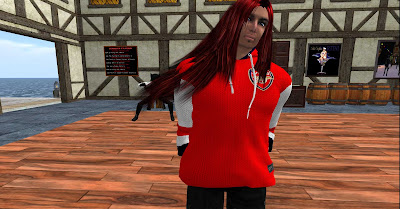 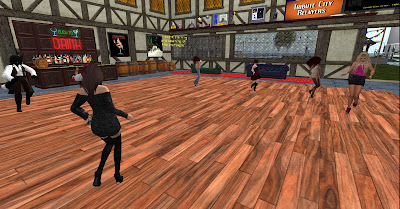 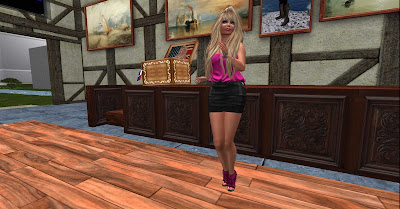 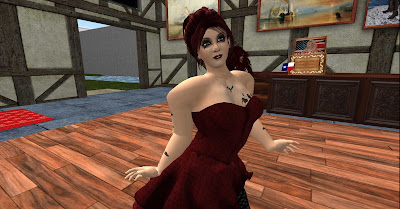 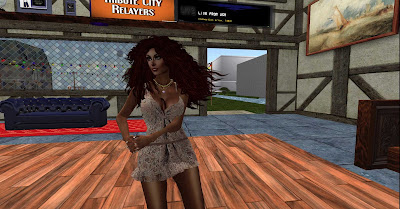 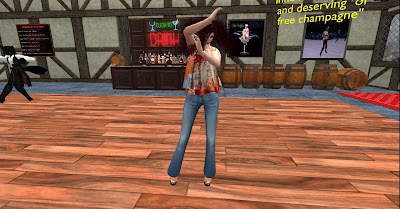 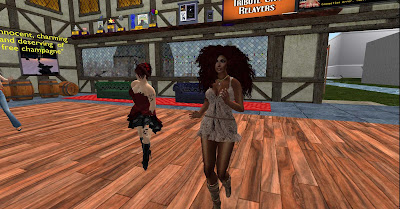