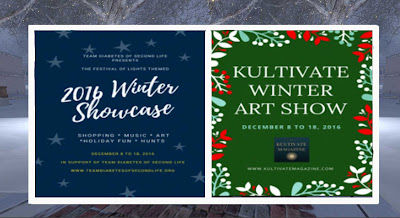 Recently I had an invitation from John Brianna, a Co-ordinator of The Team Diabetes of Second Life, to visit their 2016 Winter Showcase & The Kultivate Winter Art Show.  The event opened today, so I went over and had a look around.  The sim is absolutely beautiful, twinkling snow frosted trees, fantastic gardens, row after row of sophisticated shops and one of the biggest Art Shows I have ever seen in Second Life. The galleries are  full of fine works by some of the best SL artists, many of them artists in real life too.  Besides the Art Show, there is a lot going on in the sim over the next few days (until the December 18). See the schedule for details, so you can join in the fun every day if you wish to.  The Team Diabetes of Second Life work very hard to raise money for the Diabetes Trust and they can be really proud of this fantastic Winter Showcase.

Luckily, as I walked around the Art Show, I met up with one of the artists, kayly iali.  I asked kayly if I could see her work and she led the way to her exhibit.  I must admit I was totally impressed, kayly's work is of such a high standard.  It didn't surprise me when she told me that she is a real life artist;  Her abstract work on display is vibrant with colour and movement.  However kayly also paints portraits of people and animals, plus "portraits" of fruits, vegetables and objects.  She stood beside one of her pictures for me to take a photograph and I asked her about that particular piece of art.  She told me that there was a story behind the picture, she said "I was exhibiting in a small town...my exhibit was part of an annual reading program, the book was Fahrenheit 400"  She explained that the organisers bring in artists and lecturers centred around the book.  kayly continued "My exhibit was up for only one week.  At the opening a man, who I never would have thought could buy art, walked in, saw this painting and said I'll be back"  She told me that the man returned with $400 in cash to pay her, she said the painting had  "moved him".  I can see why the buyer was moved by the picture, it captures the deep intensity and reality of a wild fire, a very striking piece of art.  kayly told me she had painted it during the time of the wild fires in California where she is based.  kayly is a natural, she told me " I never paint with any intentions; it's all subconscious."  I asked kayly about another piece of her work on display and she told me that this particular picture (called Budding Iris), had been one of 75 paintings chosen out of 1,500 entries for a Crocker/Kingsley Art Competition. kayly has even more strings to her bow, she said that she's a calligrapher and she's also an urbansketcher, which means she sketches on location, she was featured in a book by Peter Scully. In her biography at todays Art Show, she states "I received a BA in Studio Art from California State University at Sacramento, 2009. Since then I am committed to strengthening my skills as an oil painter. Going to CSUS provided me concepts of art. But to further my technical skills I take workshops from nationally known artists. I have been exhibiting in SL and RL since 2010."  I was delighted that I had the chance to talk to one of the artists in the Winter Showcase & Art Show today and I would like to thank kayly for letting me interview her.  You can see more of her work in-world at Holly Kai Park.


Take a trip over to the 2016 Winter Showcase & Art Show and give generously to the Diabetes Trust. Many thanks to John Brianna and The Team Diabetes of Second Life for inviting me to their spectacular SL event. For more details see below the pictures. 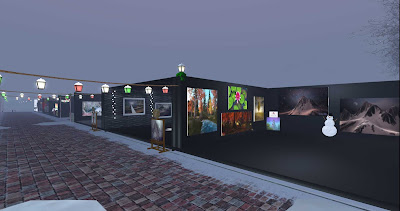 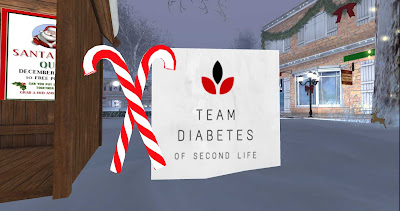 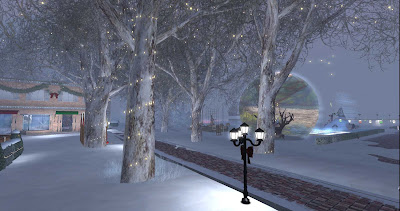 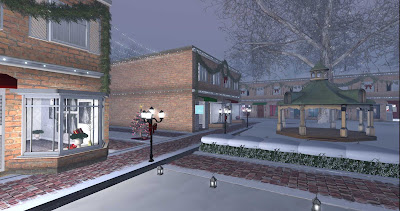 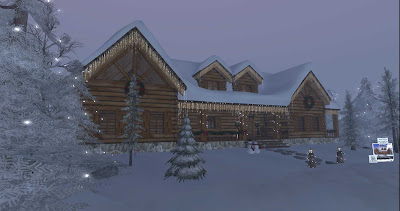