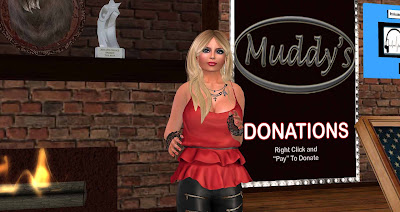 I bumped into a friend the other day, it was TXBarbara Bailey. I've known Barb from the London Underground Club days, way back in 2008.  Barb is now a legend as one of SL's best DJ's and she has a regular slot on Sunday nights at Muddy's Cafe (2pm SLT).  I told Barb I would come along and join the party, which I did tonight.  I was astounded, people were queuing outside the door trying to get in, Muddy's is a hot venue that's for sure!  I counted 58 people in the sim tonight and Barb told me that there had been 86 people a few nights ago. As I entered I saw another friend I hadn't seen for a while, it was Anniefanny Resident, it was great to see her again.  While I was dancing another Bracken came through the door, you don't see many of us Bracken's about now, it was Mayzee Bracken, we may be distant cousins, you never know!  Mayzee said Hi and joined in the fun and fun it was, Barb asked me if I wanted to hear any tunes from the Underground Club days and she played some Cure, Snow Patrol and lots of other old favourites.  She then continued with a mixture of music, she told me "we play top 40 from today to 1970's ... some times sock hop tunes too" so there is something to suit everyone at Muddy's.  Supporting DJ Barb was hostess Selena Eourres who greeted everyone as they arrived, I have no idea how she kept up with so many people there, well done Selena, she made us all very welcome.  Muddy's is owned by Bridget Hammill and she must be very proud of such an SL success, she has certainly got one of the most popular clubs in the virtual world.  I had to leave as it was getting late, but I told Barb I would definitely be back, I really had a good time tonight! 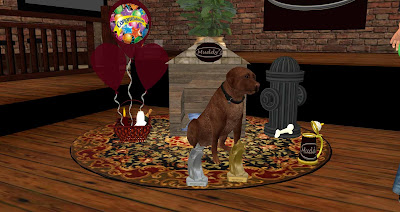 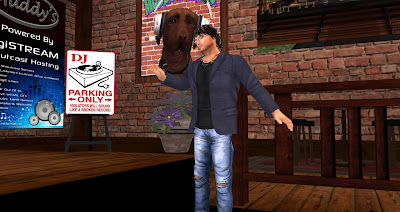 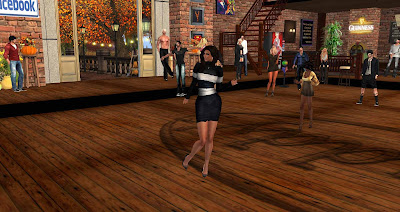 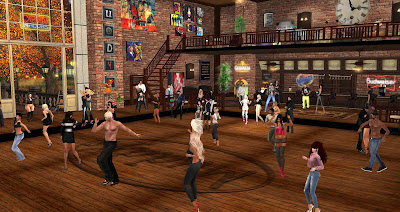 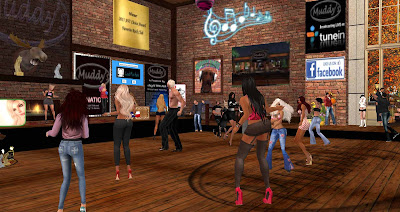 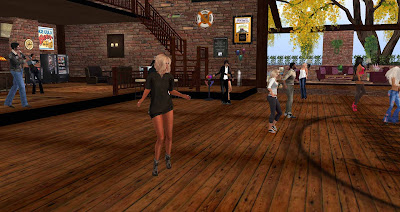 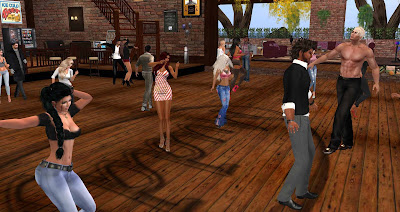 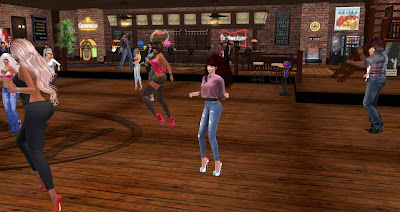 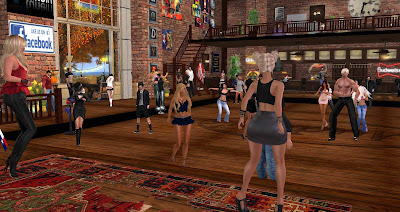 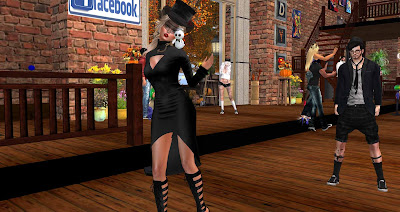 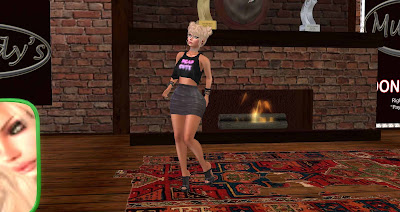 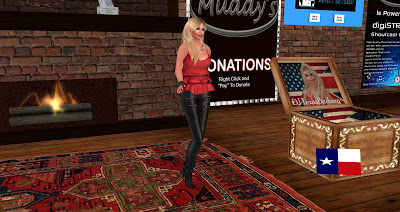 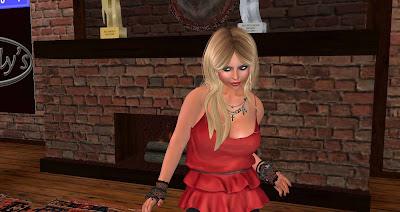 Thank you very much Janey for the very nice article regarding Muddy's Music Cafe. It has been almost 8 years since you interviewed me back in the London Underground days and I still remember the excitement it was for a Texan to be interviewed by a woman from London.lol Roots go deep among those of use who started in London. Korky commented how nice the article was. Anniefannie also wanted me to thank you, as she was delighted to find her photo in the blog.

Bridgett Hammil the owner, wanted me to thank you for the lovely supportive words you said about Muddy's. It has been a pleasure to work for Bridgett over the last two years. Most of all it has been a learning experience, especially when it came to DJ'n live over the internet.

Hi Barb, Thank you! I had a lovely evening at Muddy's Cafe and I'll be back. I can't believe it was almost 8 years ago that I interviewed you for that article, time has flown. SL London was such fun and we had many great nights in the London Underground Club. I think SL has been a learning experience for lots of us, I know it has for me, and being able to talk to people all over the planet and realising how much we all have in common is just amazing. Thanks Bridgett, Anniefannie and Korky for reading the blog, and thanks for your comment Barb!x