It's Second Life's 10th Birthday! Go and Have Some Fun at the Expo! 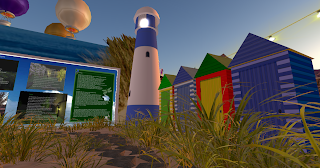 We've been a little bit busy lately, Hibiscus, Ed and I have been taking part in the SL Birthday Expo, which opened today. See my CNN article below - Janey Bracken: 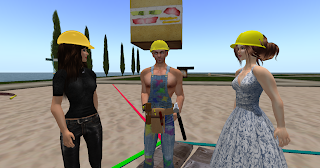 It’s hard to believe that Second Life is celebrating its 10th Birthday (SL10B)! Yes the virtual world has been going for ten years and it still proves a hot favourite for world-wide communication. The huge SL10B Expo has the theme of ‘Looking Forward, Looking Back’ and it looks like people have let their imaginations run wild with some brilliant exhibits being shown this year.

This is the third year I’ve taken part in the Second Life Birthday Expo and it’s always been a lot of fun. A few weeks back I got together with friends Hibiscus Hastings and Ed Follet and we applied to SL for an Expo site, as the three of us have been used to doing some SL building. We also have friends Drax Ember and Boye Jervil on board, offering their ideas for the exhibit.

As Hib, Ed and I have very different ideas about interpreting the theme, especially regarding the future, we decided to split the plot into three sections, to have one part each, so we could do our own thing. Later on we would take the ‘divides’ down to form one big plot and it worked very nicely. Being impatient and always enthusiastic to start something new I began building my part as soon as we were allowed to access the region, searching my mind for what SL and real life means to me for the past, present and future. When I applied for the site I had called our idea ‘The Pathway’. For me this meant the pathway through life, so we could add items of our past and present, as well as the future, along the route of the path.

We decided on a beach theme overall, so I laid the whole plot with a sand textured base, then I included the rocky path to give us an idea of where we should put our builds. I was enjoying it even then, and I gathered, from all the other people chatting in the SL10B group chat IMs, that they were equally as excited as I was with this project.

I’ve been in a reflective mood over the last year or so, especially regarding the problems of the world as economies crash and huge changes are taking place, so I’ve thought deeply about what we are and what drives us on. This has brought about something new to me, writing poetry, which I started a couple of months ago. I hadn’t had SL10B in mind then, but I felt the need to get my feelings down in poetry form for some reason. So I chose to include this in the theme of the Expo, (there is a free book of my poetry for the visitors to take away with them, as well as other gifts on the site). I know people might not look at things the same way as I do, but I believe we are on the eve of evolving into a better life for all of us; it’s the getting there and making it happen that will be the tricky bit, as so many cards are stacked against us ordinary people at the moment, but things do have to change one way or another!

I built some simple low prim beach huts and a lighthouse for the site, Hibiscus has some good memories in her collage collection of the many photos she has displayed and she did a brilliant job of making a fortune teller so people can see what the future might hold for them. Ed made an amazingly colourful carousel with prancing horses and he has included a May Pole Dance as well; So it’s a happy plot that people can enjoy.

I had included some saucy vintage postcards from the British past, the sort of thing people used to send their friends and family when they holidayed at locations in England such as Brighton and Margate, a real chuckle of seaside fun. No nudity, no sex in the cartoons, just a touch of Benny Hill and the famous Carry On films type of humour, where innuendos were so innocent, but slightly naughty. However, for some reason, when the SL Expo inspectors had been around to look at our stuff, I was told to take them down as they were viewed to “pertain to sex” . I was amazed! Do people no longer have the ability to laugh at a bit of innocent fun? My thoughts are to let it go though, it’s just not worth the bother to try to explain to someone that this is part of our past, an innocent time when we could enjoy a good laugh at silly humour without the thought police knocking on our doors. Regretfully the very culture that sent the UK the Jerry Springer show, finds fault with some none-explicit cartoons. The postcard humour was always harmless and it still is. I put a boat in place of the postcards (another free gift for people) and a landmark back to my sim where people could view the seaside picture postcards if they wish to.

Today is the Press Release day and I expect we shall have some great SL reporters exploring the sims. There is so much to see that they will be worn out! The fun for me is in the building and hopefully, that people will like what we have done. As I said on one of my posters in the Expo, we should ‘Learn from the Past, Plan for the Future, But Most of all Live Your Life to the Full in the Present Time!’ hoping to see you at the Expo! 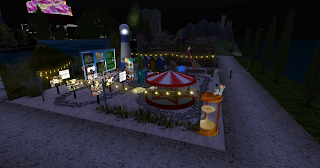 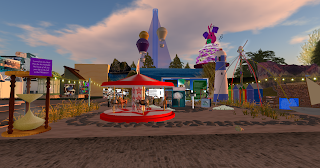 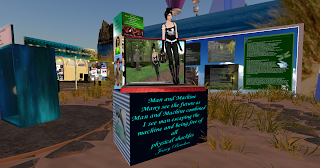 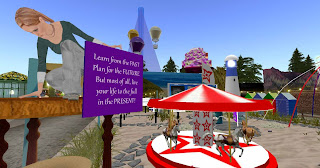 Posted by Janey Bracken at 00:14 No comments: 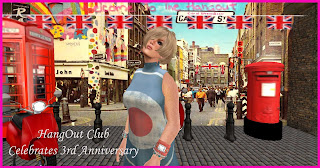 It's hard to imagine that Janis Short's fantastic HangOut Club was celebrating its 3rd anniversary this week. It only seems like just yesterday that she first opened the doors to the lovely bijou venue.  The HangOut Club is stylish and cosy giving it that trendy atmosphere, just like the real little clubs of the 60s and 70s, where the pop stars of that era used to "hang out" (an appropriate pun!).  So it was fitting that Janis held a Carnaby Street themed night to celebrate the club's 3rd birthday, and the place was packed.  Janis played everything from the Beatles to Herman's Hermits and the room rocked!  Everyone dressed in 60's fashion, and what a colourful night with many of the ladies in pop-art mini dresses and the men in a variety of bright clothes; Janis looked stunning in a short shift dress with her Twiggy style geometric haircut.  May The HangOut Club have many more anniversaries to come! 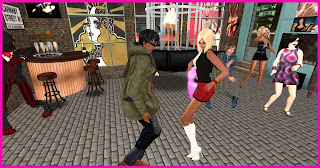 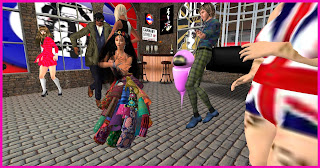 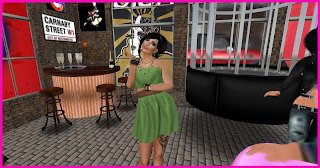 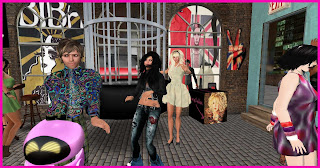 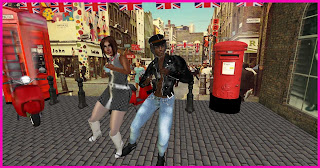 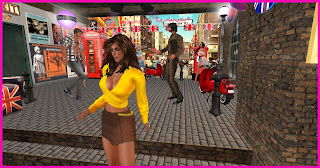 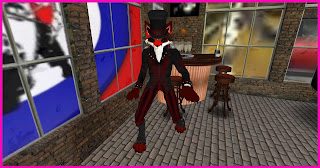 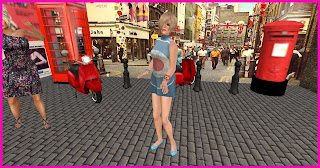 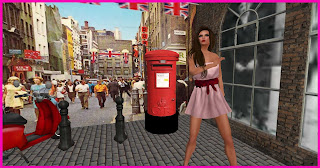 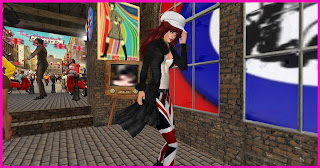 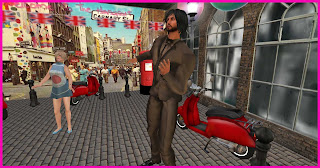 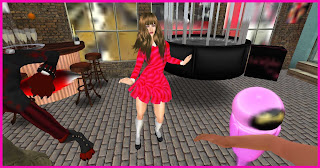 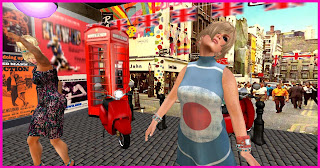 Pictures Below by Hibiscus Hastings 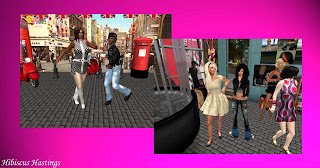 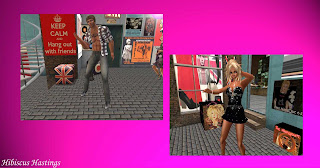 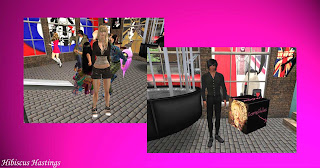 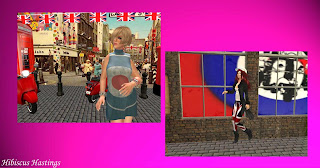 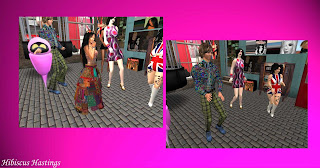 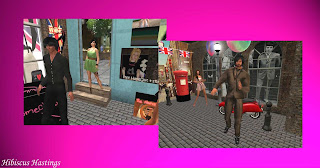