Fun At The Hat and Feathers Pub The Public House is roomy and trendy-white with some lovely marble architecture, and it's a brilliant venue for parties and celebrations.  In fact why not make the Hat and Feathers Pub your local!  I met Isobel and Ed down at Isobel's new pub and the theme was, as you might guess, a contest for the best hat!   Hibiscus drew my eye as she danced around, she looked like she had an ice cream cone on her head, but she assured me that it was a cupcake hat.  Ice cream or cupcake, she was moving around too much for me to get a lick of it!  so mean! I bet she ate the whole thing later on! Simon, or Ziman as he was that night, had a hat with some goats horns sticking through it, he told us that he was a Satyr, but he still cut a rug with those cloven hooves of his!  DJ Luc Wycliffe played some fantastic tunes and we had a terrific evening!!  The large hat in the picture is one of my hats from The Mad Hattery in SL, my favourite hat shop!! 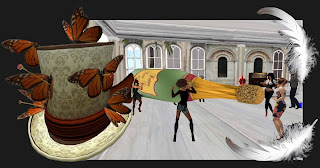 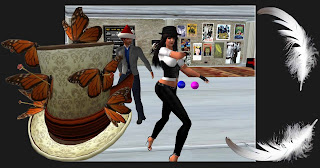 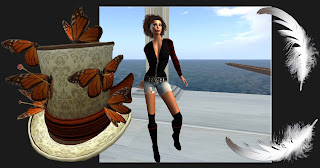 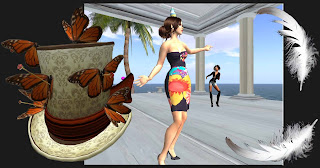 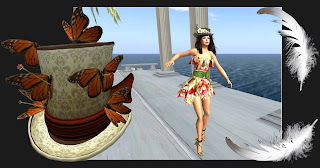 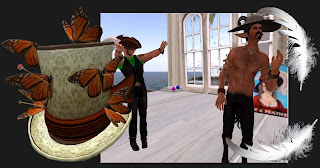 Thanks for some of the wow pictures