Simon Dj'ing at the Greyhound in Virtual London 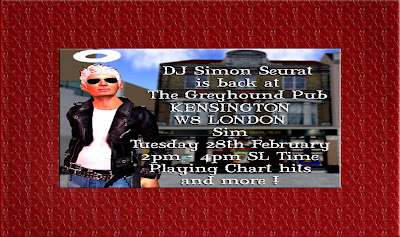 Take a trip to the Greyhound in Virtual London tomorrow and let dj Simon rock your night away!
Janey Bracken
Posted by Janey Bracken at 23:52 No comments: 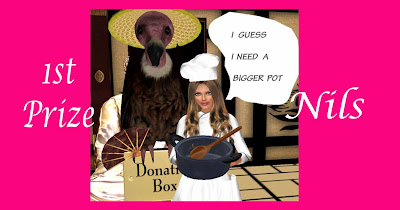 Congratulations to Nils Tomorrow who won the first prize in the Photo Contest held at the New West End Club tonight. Nils's great picture, of how she wanted to put Vinnie in a cooking pot, was both well shot and humorous, although Vinnie told me he's gone right off Nils, I wonder why? Well done Nils! The winners were announced tonight by Club owners Cute and Clive. Gina Basevi received 2nd prize, Hibiscus Hastings received 3rd prize and Anna Renfew received the fourth prize, well done to all the winners! Cute played some lovely romantic music to go with the Valentine's night theme as we waited for the winners to be announced. Cute actually made her début dj'ing at Phat Cat's Jazz Club a few evenings ago, she appeared in front of an appreciative crowd for the first time there, everyone loved her music! So well done Cute! I hope everyone had a brilliant Valentine's Day today!
Janey Bracken 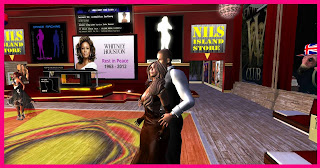 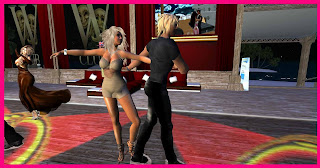 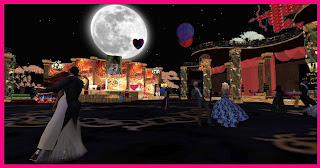 Entries for Photo Competition, only a few days left! 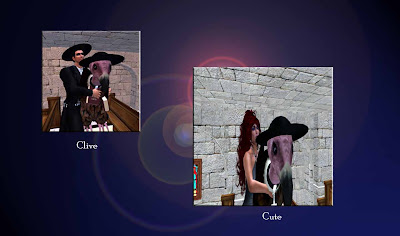 Don't forget to enter the photo contest with a picture of you and that magnificent bird Vinnie at the New West End Club! The judging will take place on February 14, so you still have a couple of days to get your picture to Club owner Cutewillow Carlberg. Cute and Clive posed with Vinnie in the main picture and here are some of the great entries from Gina, Nils and Annie. The top prize is 500L$, the second is 200L$ and the third is 100L$, so don't delay, get that bad bird to pose for you and win you some Lindens!
Janey Bracken 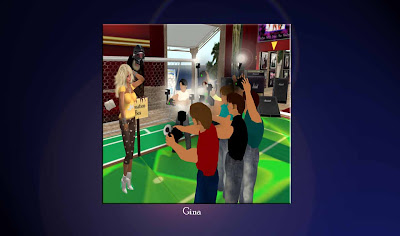 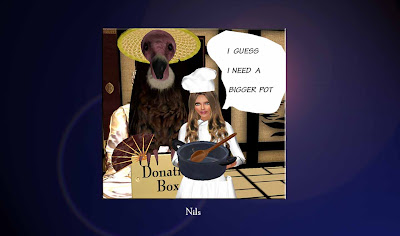 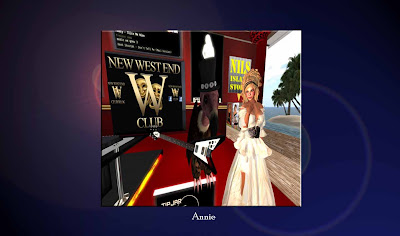 Posted by Janey Bracken at 19:27 No comments: 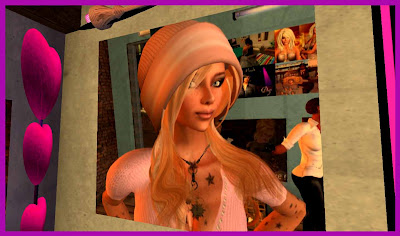 Well the party went ahead, but without the star of the evening, yes it's Pink Bachem's 4th Rez Day today and we all missed her as she wasn't in SL to celebrate! Dj Janis Short put on a brilliant party with people dressed in pink for the Rez Day bash. We would like to wish you a very Happy Rez Day Pink, and hope you can join your friends in SL to celebrate soon! (copy of main photo of Pink taken from the wall in HangOut Club, Janis had done a lovely job at decorating it for the party!) 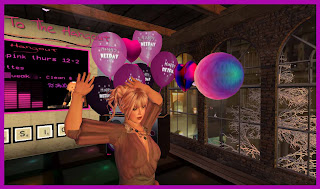 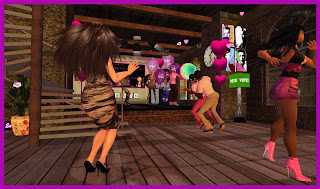 Posted by Janey Bracken at 23:30 No comments: 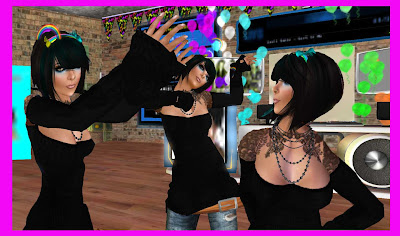 It was Brie Janick's 4th Rez Day yesterday and she dj'd down at Club Underground where all her friends gathered to wish her a very happy Rez Day! Hope you had a wonderful time Brie! The party was great!
Janey Bracken
Posted by Janey Bracken at 00:26 No comments: