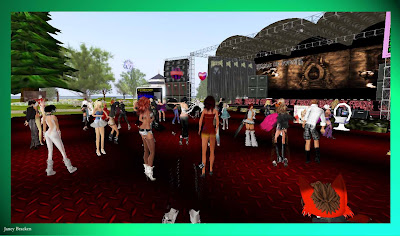 Well dj Anakin Crystal crashed the sim in Hyde Park last night, as the number of people dancing in the park reached 86 at one time, and it’s no wonder I saw grey people 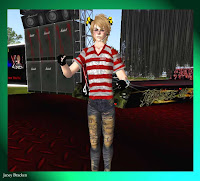 on my viewer. London manager Rob Fenwitch told me that dj’s and managers get a bonus if they crash the sim, I suppose it's some fete to get that amount of people to attend an event in SL. So London rocked last night as tribute band Cradle of Filth took to the virtual stage, followed by dj Anakin and the people just kept teleporting in!!
Talking of parks, there is a wonderful new park in New London, Greenwich Park has been recreated there by Kat Kassner and Laredo Lowtide. New Greenwich Park looks like a sure fire hit for summer events and a place to sit and relax in the virtual capital. The real Greenwich Park is the oldest of the Royal Parks with 183 acres set on a hill overlooking the River Thames. It has stunning views across the Docklands and the City of London. Greenwich itself is a trendy part of London and has some magnificent historical buildings including the Old Royal Observatory, the National Maritime Museum and the Queen’s House, as well as the Royal Naval College. Those of us in Britain are well used to the name Greenwich Mean Time, or GMT, for our time zone during the winter months (becoming British Summer Time in the summer). Wikipedia states that Greenwich Mean Time is a term originally referring to mean solar time at the Royal Observatory in Greenwich, London. So this park is a nice addition to New London and I’m looking forward to the events that Kat and Laredo will plan there as the months go on. 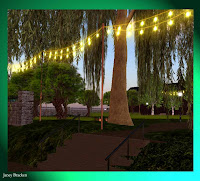 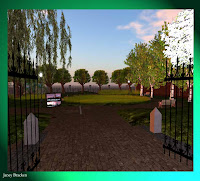 Janey Bracken (P.S. I'm having computer issues at the moment, so if it goes quiet in the blog for a while, please bear with me!!)