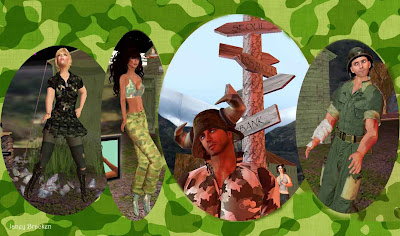 There were quite a few Hotlips in the camp, whilst Hawkeye looked a popular choice too, yes it was M.A.S.H night in the West End Club! Everyone had their camouflage on with their blood splattered tee shirts. Zen came ready for surgery in his scrubs and Ed had his jeep handy to make a swift exit if anything went wrong! Clive had made the club into a jungle military base with excellent detail, including a figure of Philip Linden laying bleeding on a camp bed. Everyone looked very professional in their army gear as dj Janis played some brilliant army linked music and Cute looked after the unit staff. Then Drax walked in, well he would wouldn’t he, anything for a laugh, he had mentioned Klinger earlier, the soldier who dressed as a woman trying to get sent home in the television series. It never worked though Klinger wore his dresses and matching earrings throughout the series, but always had to stay and do his duty. Well there was Klinger Drax in his bright pink dress! Immune to comments, he danced the night away and I only hope he remembered to get changed when he logged on the next day! Nice one Drax! 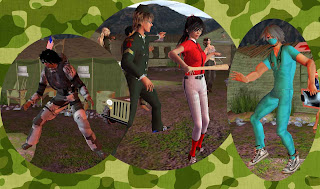 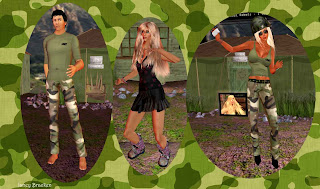 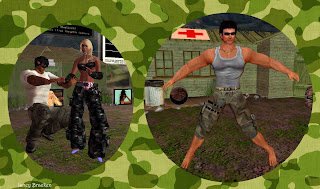 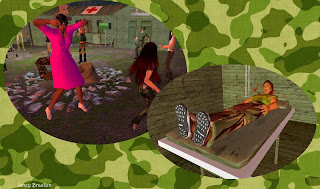 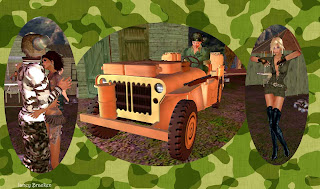 loved the pink dress
gigges lookes stuning did klinger get pulled for a date,
giggles