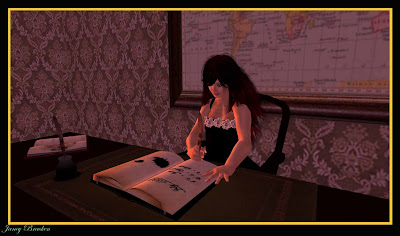 Sometimes it’s nice to get back to handwriting rather than typing, but alas my handwriting tends to have as many typos as my typing, so out of practice am I at putting a pen to paper! But I saw a lovely writing desk for sale in the Whitechapel 1888 sim, complete with notebook and quill pen! I sat there and picked up 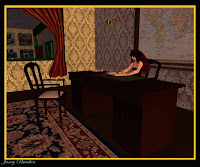 the pen and looked really grand as I wrote my next blog story on the quality parchment paper in the book. Quill pens have been around for centuries of course, but they still look the part don’t they. Apparently the first quill pens were used in Seville in Spain from 600 AD to 1800 AD. Steel tipped pens were introduced in the 1830s and by the 1850’s the poor old quill pen was virtually a thing of the past. An insurance broker by profession, Lewis Waterman invented the first proper fountain pen! The ball point pens that are in use today were the invention of Josef (Lazlo) and George Biro and first produced commercially in 1943. The elegant writing desk in SL is one of Spooks Blackburn’s creations. He has an amazing shop in the sim with some classy furniture and other nice stuff. Funnily enough one of his best selling items is a Funeral Wreath, very tastefully done with a choice of flowers, it probably sells well because it looks very authentic rather than just a pretty flower display. I suppose we will all experience losing someone in real life who we have become friends with in SL sooner or later and it’s nice to pay your respects in both worlds.
Pop over to see Spooks fantastic furniture shop and buy something stylish for your SL home! 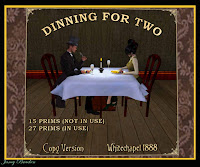 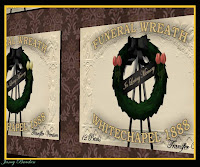 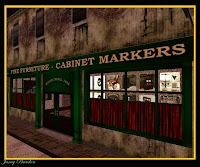 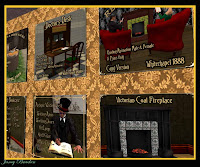