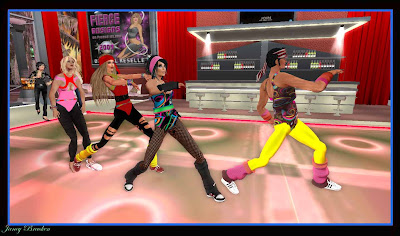 I knew dj Janis was a professional and very in control when she plays her music, but I never realised she was a sadist too!! I knew it was going to be an aerobics workout in the West End Club last night, but I was late getting there. I thought I could just sneak in the back of the dance floor and take some pictures of everyone doing their workout! Well I should have known better, with SL you can't sneak anywhere! Everyone was dressed in bright leotards, shorts and sweatbands, their feet pounding the floor to dj Janis's sharp commands to "get those legs up"! Club owner Brie spotted me in my jeans and t-shirt and the others shouted "Janey get your Lycra out"! Well I just didn't have any, I did find a pair of Lycra Canadian shorts that I had for some unknown reason and put those on. I thought that would keep them quiet, but no! that wasn't good enough! Next thing Brie had sent me a full set of aerobic clothes (very nice, thank you Brie!) and I took my place at the end of the line of hot sweaty people who were giving all they had to the beat of the great music. Pink only had one trainer on for some reason, but I never did get to the bottom of that, at least she was keeping up well, even with her trainer missing. Dj Janis, with the help of host Isobel Byron was relentless in pushing us along and Brie even rezzed a bed at the back of the room in case we collapsed! Phew, that's worked off most of Christmas and the New Year! Thanks pals!! 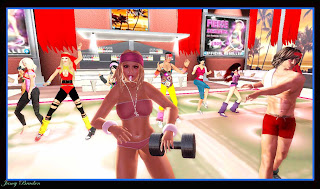 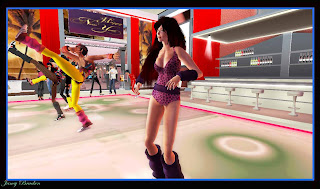 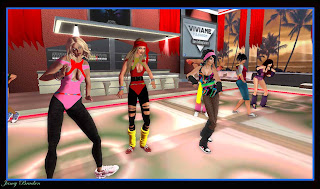 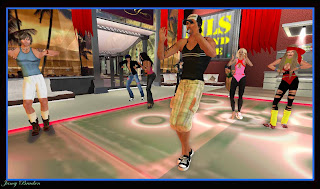 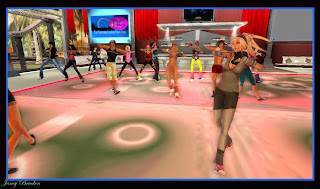 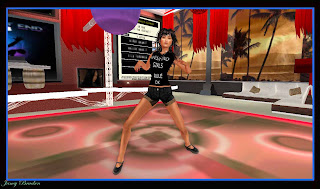 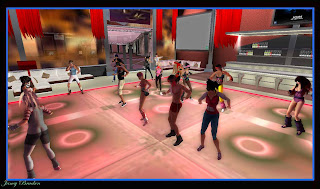 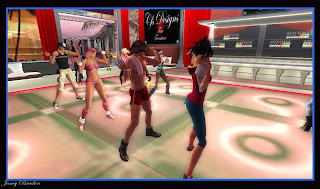 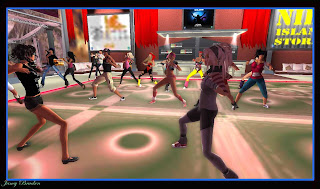