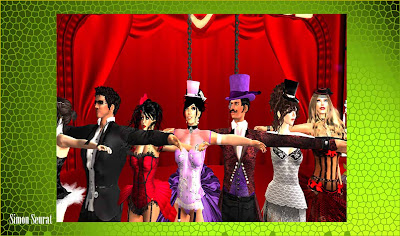 Here are some wonderful photographs that have been sent to me from the Cabaret/Moulin Rouge night at the West End Club a few days ago. Brie Janick and Simon Seurat have commented on the evening as well, please see below. Drax Ember kindly took over taking photos for me when I simply couldn't take any more pictures as I had run into SL trouble with lag. Starting with Simon's pictures here we go, Simon said:
"It was a great night - Clive had made a stunning recreation of the famous Moulin Rouge club and everyone had dressed up in authentic burlesque outfits to complete the picture! Brie and Cute kept the party going and we all piled on to the stage to do a drunken CanCan at the end. The West End themed parties are just getting better and better! Simon" 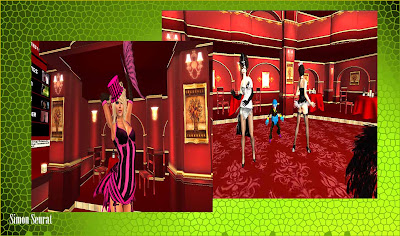 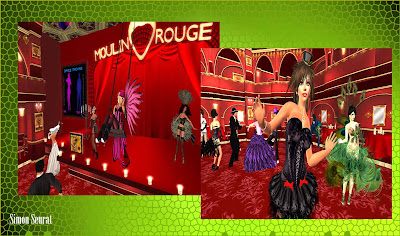 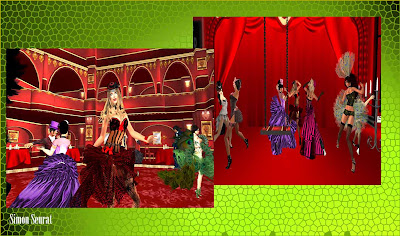 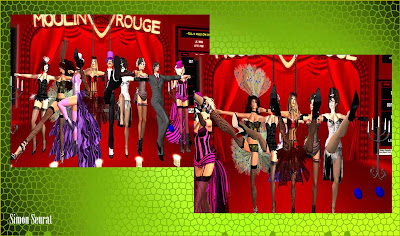 Brie says:
'
"Since Childhood I have always been fascinated by the Moulin Rouge and musicals. After watching the movie Burlesque it re-ignited my passion. That’s where the thought came from, to make it a special event. Clive took my vision and made it more spectacular than I could have imagined. The club was transformed back into time. Cute did an amazing job welcoming guests. The evening was simply magical. The Costumes, colours, music and just the general vibe was electric. My highlight was having everyone on the stage doing the Can Can.Yes we did look like a bunch of nuts that had been let out on day-release from the funny farm but, it was one of the best nights I have had in Second life so far. The Venue will be making an appearance again as we have lots more spectacular things to come...Thank you to everyone who made it a night to remember!! Brie" 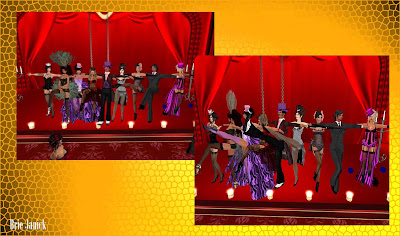 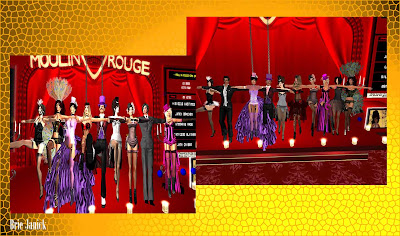 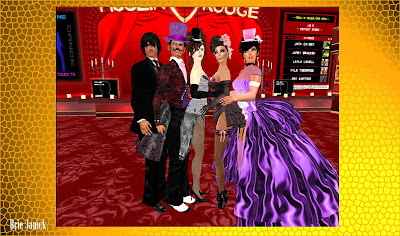 Here are Drax's photos, he hasn't had time to write his thoughts, but he told me he had a really good time that night! Many thanks for the photos Drax! 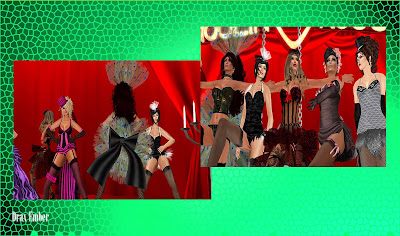 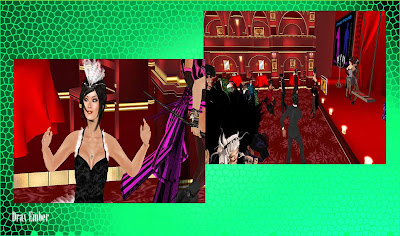 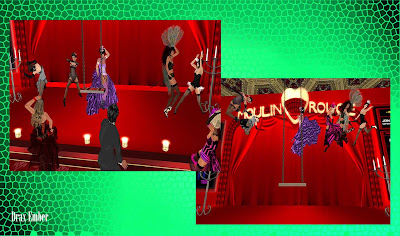 we got to fly felt like a bird
that best fun the can can
loved all the outifts
all the men look very handsome
clives build truly amzing
looked like a the princess of whiles in tronto the theater i think :)