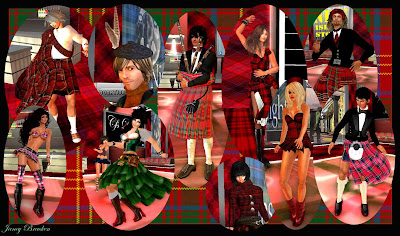 The kilts were flying high last night, as a colourful spectacular hit the West End Club with some amazing outfits to celebrate Burns Night. There were all sorts of wonderful tartans and even some bagpipes! All the ladies wanted to know the age old question, what did those men have on under their kilts? I think some of the men had to be a bit careful with the SL dances which raised their flexi hemlines a little too high as they strutted their stuff! Burns night (Burns Nicht) is a tribute to Scottish poet/lyricist Robert Burns and is held on the anniversary of his birthday, 25th January. Burns was also known as Rabbie Burns, Scotland's favourite son, the Ploughman Poet, Robden of Solway Firth, the Bard of Ayrshire or just The Bard. Maybe his best known lyrics around the world are 'Auld Lang Syne' sang at Hogmanay (as the clock strikes twelve on the last day of the year). 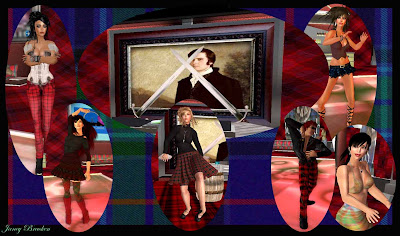