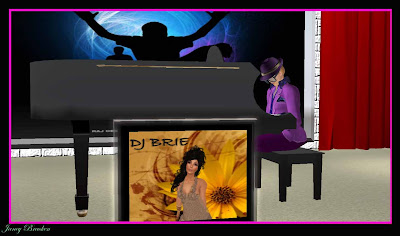 Elton John was seen unexpectedly in London tonight. It’s been a while 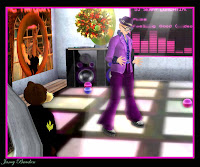 since Elton hit the club scene, but he was right back there rocking the night away. He first arrived at the Hangout Club to the amazement of all the clubbers who flocked to him for his autograph. Elton said he was too posh to sign and boogied on down instead. He next appeared at the West End Club and took to the stage to play some of his favourite songs. It was then that we grew suspicious! He sounded a little off key, and then he sang loudly forgetting the words as well! No wonder he wouldn’t sign autographs, our Elton was a fake, it was Brie Janick in her Elton outfit and she was singing along to his tunes!!
We also had another pair of Eltons in the club, Simon Seurat and Nahiram Vaniva who did a great impression too!! It was Elton Trivia Night and lots of fun! 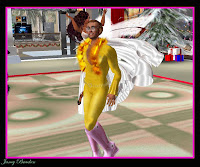 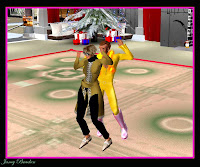