Wonderful Night at the Halloween Ball 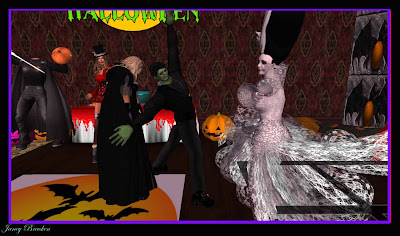 It was a Halloween weekend packed with fun and it was amazing just how many events were going on!! The West End Club was packed with all sorts of spooky people, including witches, ghosts, skeletons, wa 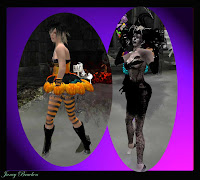 rlocks and vampires!! The club itself looked magnificent and dj Brie and hostess Cute kept the crowd happy with a fitting range of tunes for such a creepy Saturday!! I was a little bit worried about Ed, he came in as the grim reaper with a giant sythe, I think he may have sneaked over to Caracol and cut his head off! Poor Caracol had to get one of the pumpkins as a replacement head! Barbie was a scary but beautiful wispy ghost flitting around the room, she then turned into a vampire with pointy teeth!! I’m not sure if she took a bite out of Ed, as he turned into a mummy half way through the evening! All scary stuff!! Probably the most frightening was Brie, she wielded a big carving knife with blood dripping from it, I’m not too sure who she had stabbed, but maybe they are hidden under the club floor!! Clive had made the club look incredible, and the atmosphere was electric with so many people attending. From the club we all headed over to Simon and Nahiram’s home where they were having their own party. They had a stunning spooky haunted house complete with lightning and soon it became very crowded with lost souls and creatures of the night! I went to go and get some punch from the giant punchbowl on the sideboard, they had some nice Halloween fairy cakes and muffins too, but when I looked in the bowl there were eyeballs floating around in it, so I gave it a miss!
Our very own magical film maker Roberto Highfield has made a couple of fantastic films of the West End Club Halloween Ball:
http://www.flickr.com/photos/31969140@N06/5131029297/
http://www.flickr.com/photos/31969140@N06/5131058299/in/photostream/
You can spot Roberto in his smart suit in the films, he’s looking a little dastardly with an air of wickedness about him! Great films Roberto and a nice keepsake of a brilliant night at the West End Club! 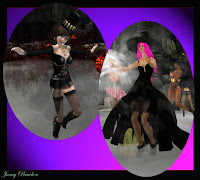 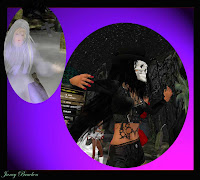 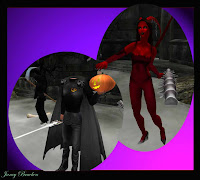 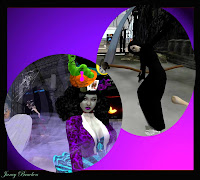 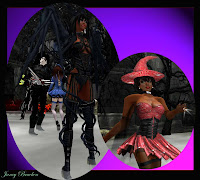 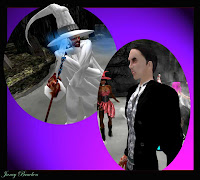 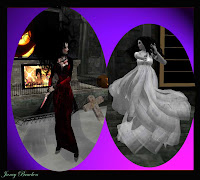 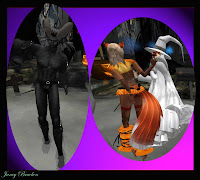 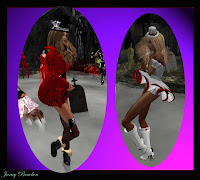 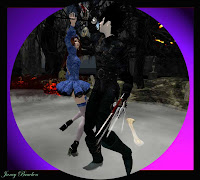 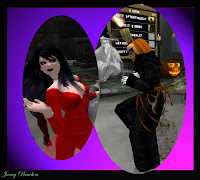 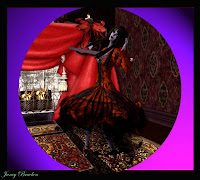 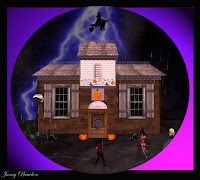 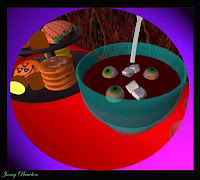 had a spookie good time
was so much fun every one looked spookie,

This was an amazing night...I don't know what came over me i was turned into a knife weilding blood sucking vampire on the rampage ....very strange.....Everyone looked wonderful and My fav time of year cause being abnormal is normal on Halloween....Next week is sci Fi night so God knows whats going to come and play....Thanks everyone for an awsome Hallwoeen!!!

We all had a terrific time, once again Clive had done a brilliant job decorating the club and making the place look aweful lol. Great to see such a massive attendance too, the word must be getting around that the NWEC is one of the best clubs on the grid!!