A Pride in Our Country and Respect for our Armed Forces 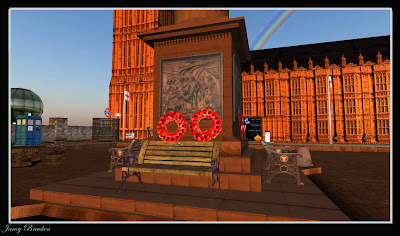 I went over to have a look at the poppy wreathes in New London today, Remembrance Sunday, I’d heard on the television that thousands of people had turned out in real life to commemorate our fallen heroes this year, a record number in fact. The media said that so many poppies had been sold, that the Royal British Legion had to use next year’s stock as well. I think this is a sign of our national pride in our country, something that is growing fast (take note President Herman Van Rompuy!). Today is a day for thinking of all those people who fought for our country, and lets hope we keep our nation safe from those who would seek to destroy it.
.
Janey Bracken
Posted by Janey Bracken at 16:58