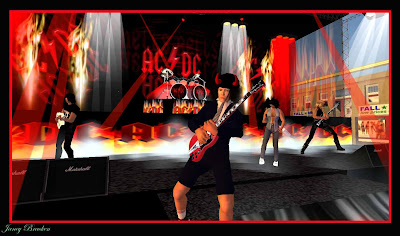 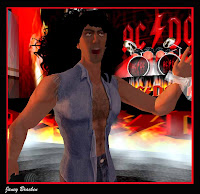 stage. Events Manager Steve Rumsford had arranged another great show and the audience loved it! The band were full of energy and the evening was electric! Buster Atlass was Malcolm Young, Delilah Questi was drummer Phil Rudd, Doc Sideways was lead singer Angus Young, Shadow Henley was Cliff Williams and Fredric Forcella was Bon Scott who came down into the audience to wow them! Another brilliant night for Little London, many thanks to Steve, Aleria and the team! 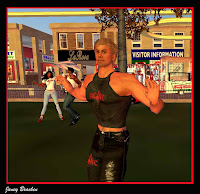 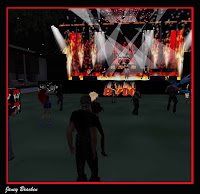 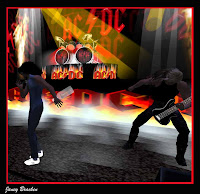 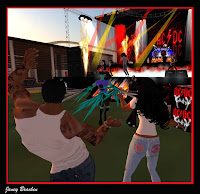