A Graduation Ball In Antiquity London 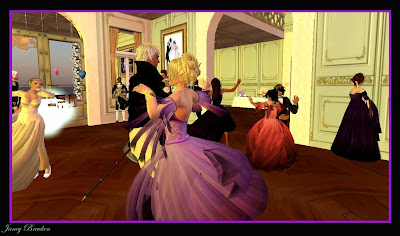 “A ball? I love a ball!” I could almost hear Lydia Bennet from Jane Auste 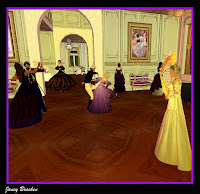 n’s ‘Pride and Prejudice’ saying excitedly when Charles Bingley declared they should hold a ball very soon. I felt the same way when I saw an invitation to attend the graduation ball of Miss Samara Lavarock from the Antiquity Academy for Young Ladies in Antiquity London. I donned my best ball gown and asked if I may have a hackney carriage over to the grand event.
What a splendid sight was to behold me, gentlemen courteously bowing and ladies bobbing a curtsey as they greeted each other. The ball proved to be very popular and I entered the ballroom and stood watching the ladies and gentlemen waltzing happily around the dance floor. It was obvious that they delighted in each other’s company, the genteel flir 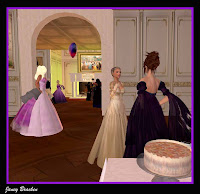 ting, the small talk, the laughter and the oh so good manners. I was greeted by Miss Susan Rogan, Miss Rogan runs the Academy and I took tea with her when I visited Antiquity London a few weeks ago. Miss Rogan offered me a place as a student at the Academy and I said I would be pleased to enrol. Miss Lavarock, who’s graduation we were celebrating at the ball, came over and introduced herself and I congratulated her on completing her course. Miss Lavarock is to work at the Academy with Miss Rogan and she will take classes there, so I will have to brush up on my p’s and q’s to make sure I am acting properly in the presences of such fine company.
I spotted Julie Oliphaunt, who also has a job as a barmaid in the local tavern, I had met Julie before and it was nice to talk to her! The role-play in Antiquity London isn’t at all rigid and it already has a big following, so it looks as if they have got it just right. I loved the clothes and wearing the pretty gowns adds to the enjoyment of it all. Congratulions to Miss Lavarock on her graduation, the ball was a wonderful way to celebrate her success at the Academy. 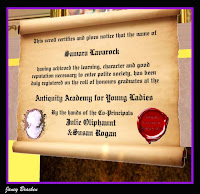 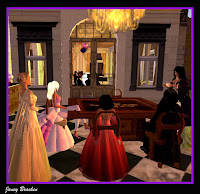 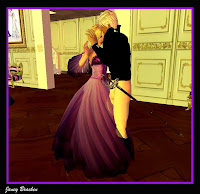 Looks like they could do with a few more dashing young men to assist at the Balls Janey. I know the perfect Irish military gentleman who would be willing to complete the young ladies educations!!