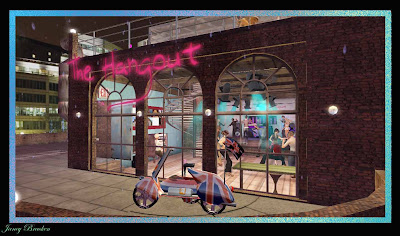 Janis Short has another photo contest in her wonderful Hangout Club. It would be a very hard contest to judge, so it’s a good job that it is open to voting to choose the winner. The standards are very high indeed for the competition at the trendy club in Butler’s Wharf. You have to be a member of Janis’s Hangout group to vote, so take yourself across to the club and join the group to pick the winning picture. There’s a red box near the photos to record your vote on a notecard. I went over and had a look at the photos and I was very impressed. Here is a preview and what I thought of each one: 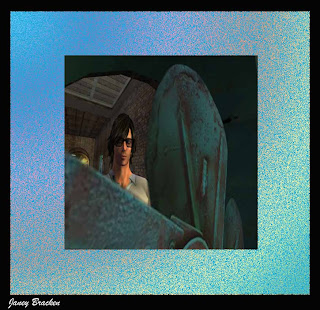 Kurt Amaterasu’s entry shows clever use of the camera angle, as his avatar is glimpsed though part of the Hangout paraphernalia, making an excellent frame for him, very affective and stylish. 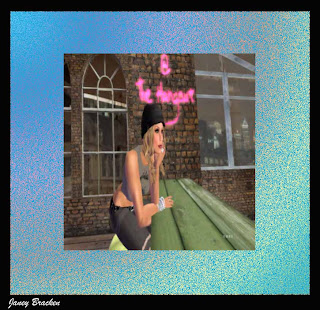 Truthsprincess Baramm’s shot is very wistful and gentle as she sits in deep thought at the table, obviously missing the man she loves! A lovely photo! 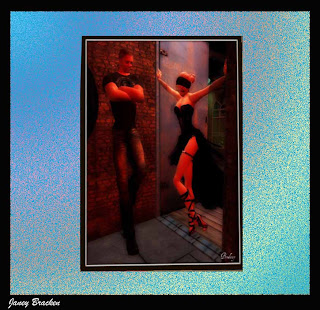 Bondaisy Rau’s picture tells a story, nicely taken she uses SL's environment settings at their best, as the warmth in the picture adds to the scene. A couple caught talking, by the tilt of the lady’s head and the little smile on the guy's face they have a little flirting going on, nice one Bondaisy! 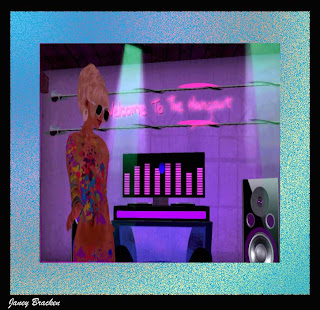 Robyn Pastorelli has proved that a near nude picture can be very tasteful with her great shot of her av standing near the club record decks. Proving that your subject doesn’t have to be in the centre of the frame, Robyn carries this off perfectly as the interest is on the interior with its muted lighting and the natural inclusion of the subject makes the picture pleasing to the eye. 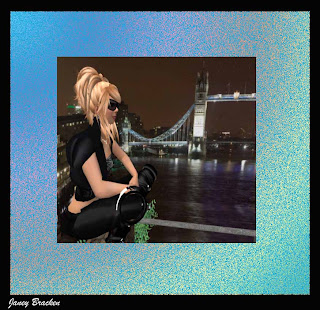 A great shot from TxBarbara Bailey shows her using the most of the beautiful London skyline as she sits gazing out across the River Thames. The figure is nicely focused and she has great depth to the picture, once again showing that a shot with the subject off to one side, done properly, and including an interesting background, tells a story rather than just being a portrait. 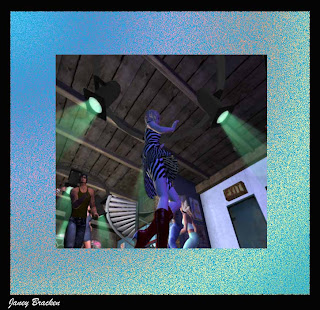 Slate McLeod has gone for an action shot, in which he has carried it off really well, as his camera angle captures his subjects in motion. There is a lot of movement in this picture and it is unconventional but full of life, well done Slate! 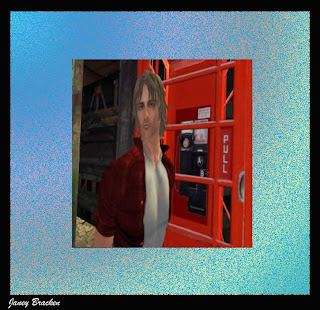 And here is the man of Truthsprincess’s thoughts!, Truths Marder poses outside the club near the telephone box. The pose is good and Truth’s use of the red background really makes his av stand out, he looks as if he is just passing by and the shot is quite informal, great picture! 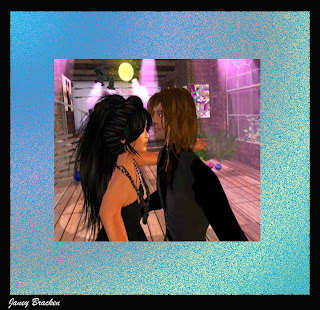 Ed Follet and Isobel Byron’s picture captures what a nice night in the Hangout is all about, the sweetness of a good friend to dance with and a nice close up of two people enjoying each other’s company. Ed and Isobel are both great photographers and this is a lovely casual picture, easy and relaxed instead of a formal pose. 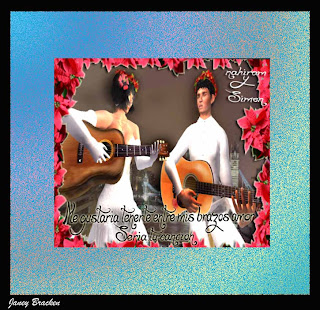 Nahiram Vaniva and Simon Seurat have done something a little different. They perform with their guitars and have captured a live shot of their performance, once again a casual pose, which works really well. Softly focused and glimpsing through the sharp frame of the poinsettias you are looking into the picture, which makes it look natural and real. Just to add a little bit more, there is a hint that Simon would like to take Nahiram in his arms, going by the inclusion of the text about their song. Lovely picture you two!! 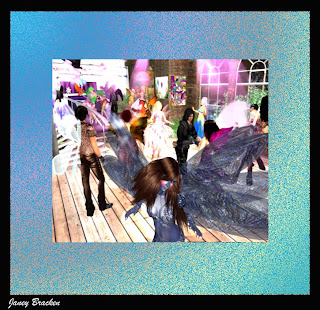 Well I’m not sure what I can put about my co-writer Hibiscus Hasting’s picture as I would seem a little biased, but Hib turns out such professional photos that it’s not surprising that this shot of her at the club is a great picture. She focuses on her subject who peers back at you through the camera, whilst the rest of the action carries on behind her, nicely broken up by the transparency of her fairy wings! 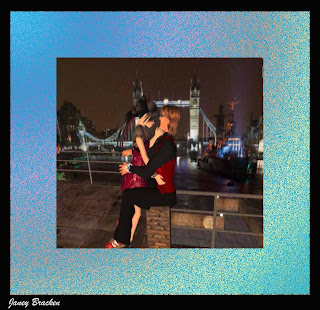 Pumpkin Zenovka’s shot is pure romance, the pose is very sweet and it shows the joy of two people taking time out to be together in a great setting. Nicely using the backgound of Tower Bridge, the lighting is ideal as the subjects appear to be in their own little world, nicely shot Pumpkin! 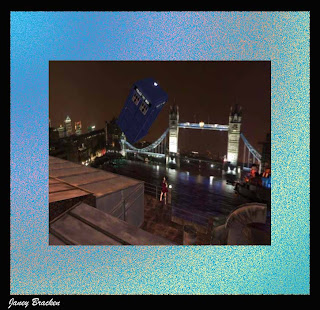 Finally this shot by Tom Prospero adds a little wackiness to the conventional theme of Butler’s Wharf, the subject seeing the Tardis, looks a little bemused, going by her pose. The picture tells a story and makes you want to know what’s going on, well done Tom!
Well I can’t decide which one to choose and I expect it will be difficult for most people, but go over and have a proper look at the photos and vote – remember you have to be a member of the Hangout group, so join beforehand! Happy voting!!
.
Janey Bracken
Posted by Janey Bracken at 00:36

Janey, I enjoyed reading your article so much and looking at all the fine photos that have been entered in the contest. You have described each photo so beautifully, it was a real pleasure reading and looking at each one. And congratulations to all who entered, it is wonderful to see the diversity of approaches and how talented everyone is.