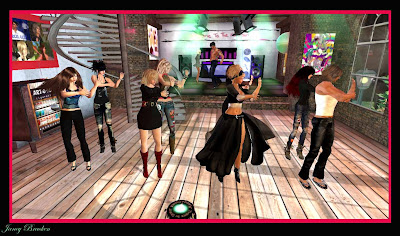 Janis Short’s tiny Hangout club packs them in each night, as p 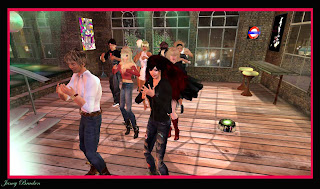 eople just love the atmosphere there, Janis has that something that most dj’s never achieve, if you could bottle her magic and sell it you would make a fortune, she is one of the best! I went there the other night and Janis had got a new dance for us all, "come on" she called “this thing holds 100 people, no reason not to join the line” “Oh Janis” I said “we’ll be dancing outside the window lol.” “I hope not” she replied! It was great fun, dance chims are so popular in SL, which allow everyone to dance the same steps to the beat of the music, however, Janis told me that this is actually a dance system and it’s called Saturday Night and made by TIS.
We strutted our stuff and no one fell out of the window, which was a good thing as they may have fallen in the River Thames! Still at least you can’t drown in SL or get wet! Great night Janis, thank you!!
By the way I just heard that Janis is holding another photography competition, the photos were such good quality last time that I am really looking forward to seeing the entries this time around, don’t forget to pop along to the Hangout and enter the contest!! 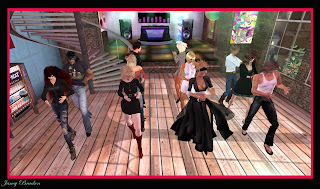 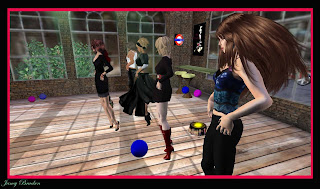 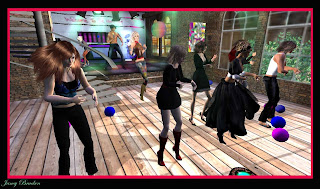 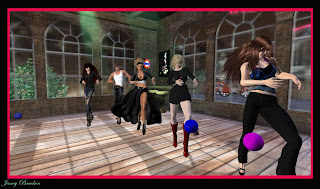 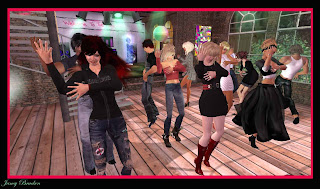 Thank you so much Janey...you make me smile:)