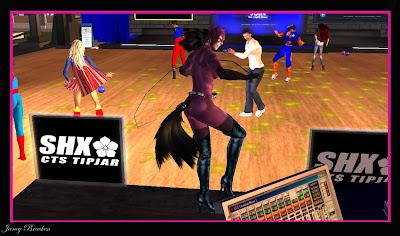 The West End Club was well protected on Sunday night, it was time for the 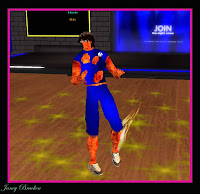 Superheroes to make an appearance, and we were treated to lots of them mixing with us mortals as Brie dj'd and Nahiram hosted for the evening. Both Brie and Nahiram had very tight sexy outfits on, but I'm not well up on superheroes, so I'm not too sure who they were meant to be, but I steered clear of Nahiram's whip, which she cracked to keep us unruly dancing mob in order! Spiderman looked very handsome as did Superman and Robin (without Batman as far as I could tell!). Supergirl danced at the back of me, so I felt quite safe should I stumble through the window by accident, as I could rely on her to catch me!! It was a great evening and very colourful with all the hero outfits. On thing 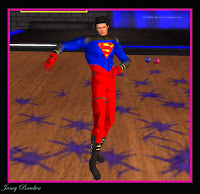 I don't understand though, Kermit got in on the act, I have a sneaking suspicion it might have been one of Seany's many av's!
On a little sadder note, one of our favourite club hosts Amourette Dubrovna is leaving. She told me that she just needs a change and will still be around in SL. So I hope she enjoys her well deserved rest from her hosting job and still comes into the club to dance with the rest of us! Good luck Amourette! 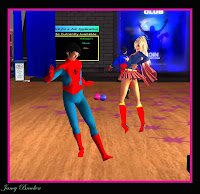 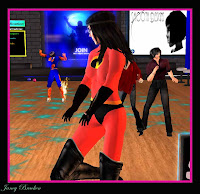 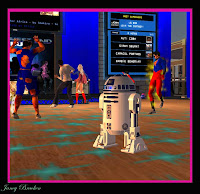 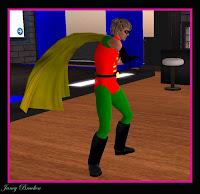 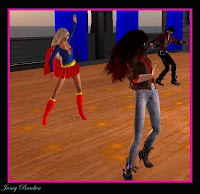 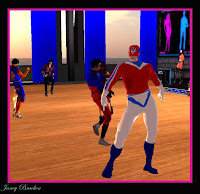 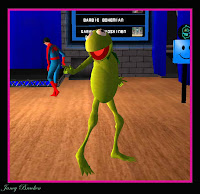