Burning Bush Too Hot To Handle In New London 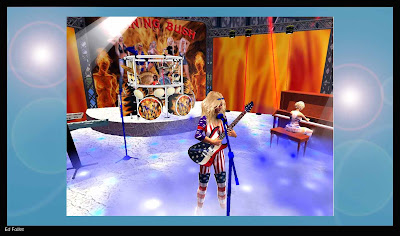 All girl band Burning Bush, billed as ‘the hottest and best in SL’ played t 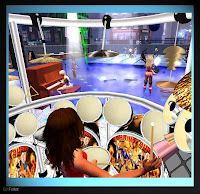 he New London Village sim on Sunday evening as part of their ‘Too Hot to Handle’ tour. The resident Time Lords of this Dr Who themed community along with visitors and band followers were treated to a spectacular 2 hour performance culminating with a laser and fireworks display. The red hot show was well attended and staged on the River Thames in front of the sims impressive Tower Bridge.

The band played popular song covers ranging from the 80s to the present and as diverse as rock to country to metal. All in all a very entertaining and enjoyable evening with lots of eye candy thrown in. This concert was ar 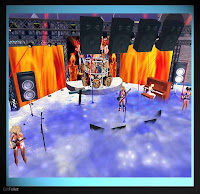 ranged to coincide with the World Cup soccer finals but events are organised for the New London Village community every week of the year. Thanks go to sim owner Kat Kassner and her team for putting on a first class event. 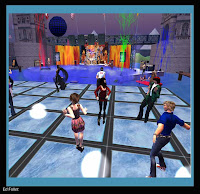 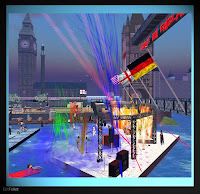 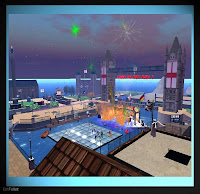