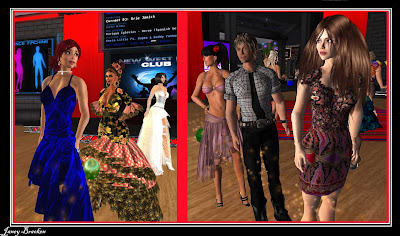 There they stood in line, the whole club was full of dancing figures all aro 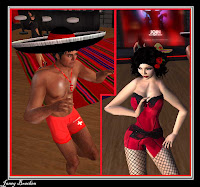 und them but they looked like they were queuing to go to the loo, well I think Ed may have been in the wrong queue. They were on the dance pose balls in the West End club and everyone was enjoying a fantastic Latin night last Saturday. There was a spare pose ball at the end so I clicked on it, but didn’t dance either, I just joined the end of the queue. I told Hibiscus that we were all just standing around and she told me that on her screen everyone was dancing all over the place and she couldn’t see anyone just standing there, oh dear it was me then!! Second Life does do some odd things, I took an in-world snap to pass ar 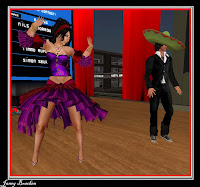 ound to show them what I could see, quite amazing really.
After a little while everyone did dance on my screen too and I once again joined them and we wizzed around the room doing the Salsa. It was a very colourful and popular night, lots of people turned up with their bright costumes and the music was hot blooded and passionate. Naharim did a great job of translating some of the romantic phrases from the songs which added to the atmosphere.
With guys in sombreros and girls in colo 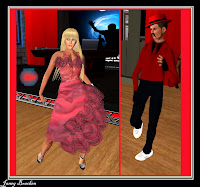 urful frilly silk dresses the place looked a picture, the club drapes were red and tall green cactus's set the scene with gaily coloured Mexican style rugs littered around the floor. All in all a terrific night and I’m glad the pose balls finally worked on my viewer and I could join in the Salsa with the rest of the happy people! 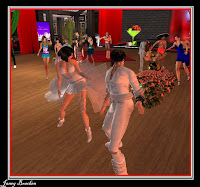 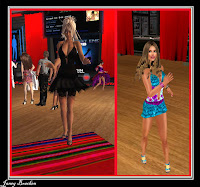 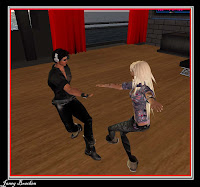 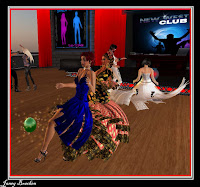 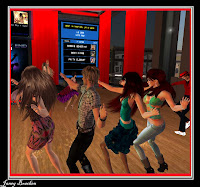