Mass Fainting at the Underground Club 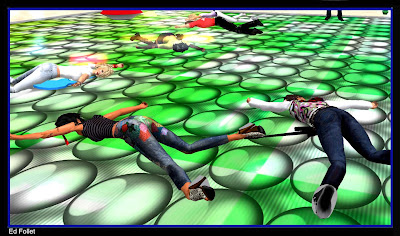 A medical Emergency was declared late last night at the Undergroun 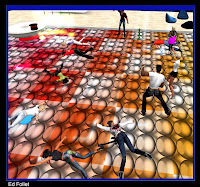 d Club Knightsbridge. On arrival at the scene, emergency teams were at a loss to explain what had incapacitated the dancers. There were no obnoxious gasses present, and the possibility of a bad batch of Manager Seany's pasties was quickly ruled out. As the avatars started to revive the culprit was revealed. Popular DJ Genevieve Gagne had played the full 10 minute version of the Lynyrd Skynyrd classic 'Free bird' not once, but twice at the end of her set. The frenzied playing of the would be 'guitar heroes' had caused a mass fainting. DJ Gen may face charges of public endangerment but happily everyone made a full recovery.
Ed Follet
Posted by Janey Bracken at 12:14