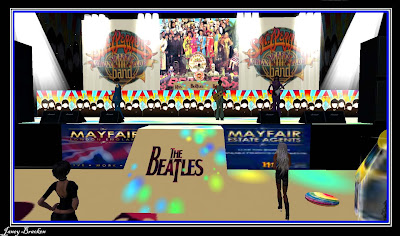 We all jumped aboard the Magical Mystery Tour Bus which carried us off to mystical Virtual Mayfair for a legendary tribute concert featuring the timeless Beatles. Th 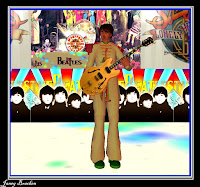 e tribute band had the backdrop of Sergeant Pepper and also had the clothes to match, making a colourful sight. There were tracks from some live performances and you could hear a little bit of skylarking from the real Beatles on the recordings as they launched into their songs.
I doubt there are many people on the planet who have not heard one or two Beatles' songs and even know some of the words, it was a real trip down Penny Lane as everyone really enjoyed themselves. London Director Brie Janick tells me that we also have Abba and Bee-gees tribute gigs coming shortly - watch this space. 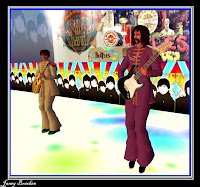 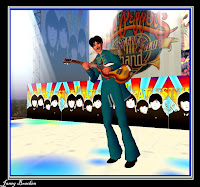 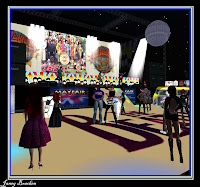 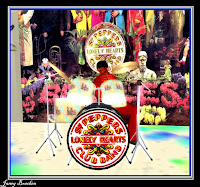