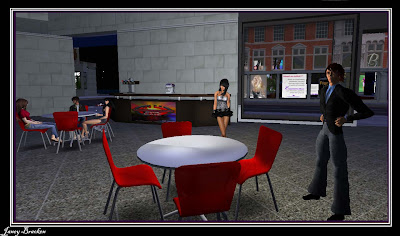 There's lots happening on the 12th December, so be sure to log into Virtual L 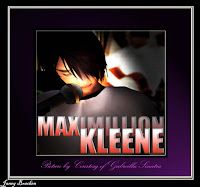 ondon for a great evening. The new Cafe in Knightsbridge is having a grand opening at 12 noon (SLT) (8pm UK) and famous SL singer Maximillion Kleene will take the stage to mark the occasion! Later on at 2pm (SLT) (10pm UK) there is the tribute Bon Jovi band concert, also in Knightsbridge! Director Brie Janick has worked her socks off getting all this ready and she promises many more gigs over Christmas and into the New Year, so a big thank you to Brie!
Janey Bracken
(PS If you read this article earlier today you would have noticed that I made the mistake of saying that the tribute Nickelback band were playing on the 12th December, I apologies for this error, it is in fact Bon Jovi, and Nickelback will be in Virutual Knightsbridge this Saturday at 2pm (SLT))
Posted by Janey Bracken at 07:59