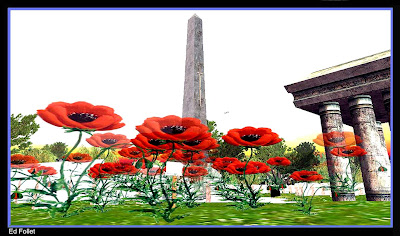 A few things have happened in the last week to make me realise that even in our Virtual world, sadly, illness, accidents and wars, mean that death is a fact of life. 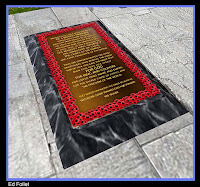 The tragic news of the passing of Virtually Linked (VL) London resident Selina Cazelet, was the first time in Second Life (SL) that I have been touched in this way.
Earlier in the week DJ Seany played a 2 hour set of Queen songs at the Underground club, Knightsbridge, reminding me that it will be 18 years ago on November 24th that Freddie Mercury succumbed to HIV/AIDS.
Then on Friday September 11th (9/11), we in VL London remembered the victims of the terror attacks of 2001 in the USA, with a patriotic Stars and Stripes/red, white and blue function at the Mayhem Club, Mayfair. There were other similar low-key events held across the SL grid. 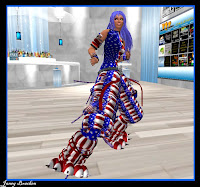 Many people have turned to SL to establish virtual memorials to friends, colleagues and loved ones. In VL London we have the UK Military Memorial Park and the Princess Diana Memorial Garden. In January this year Janey Bracken described how the memorials were moved to VL London when the ‘Tribute Island’ region closed. (http://sllondon.blogspot.com/2009/01/military-memorial-park-in-sl-london.html)
As a young avatar exploring my new home, I was attracted towards the Spitfire aeroplane near the Hyde Park/Knightsbridge boundary. Looking down, I was astoni 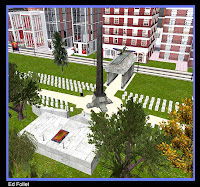 shed to find myself in what appeared to be a military cemetery. Perhaps it is worth describing in detail.
At the centre is a stone obelisk with a mounted bronze crusader sword symbolising the link between the military and church. To the south, on a raised section, is a representation of the Tomb of the Unknown Warrior (RL in Westminster Abbey) complete with the full inscription. To the north is a structure modelled on the Tower Hill Memorial (RL near the Tower of London), which commemorates the casualties of the civilian merchant navy, in both world wars. The previously mentioned Spitfire is an SL addition, a symbolic aircraft representing the contributions of the air forces.
Then there are the in 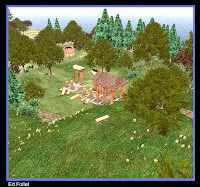 dividual memorial stones. Currently there are 284, each remembering a soldier, sailor or airman from the recent Iraq and Afghanistan conflicts. All have given their lives in the service of their country. The last additions appear to have been made in February 2009. Sadly by my calculations to date, there should be another 63.
There are many other tributes in SL but one worth visiting for its sheer beauty and tranquillity is the Linden Memorial Park. (http://slurl.com/secondlife/Linden%20Memorial%20Park/116/147/67) A huge island of 12 regions, it is dedicated simply ‘To the residents of Second Life’

Tastefully written story about such an important rememberance. Thank you Janey.

Lest we forget
They shall grow not old,as we that are left grow old.
Age shall not weary them,nor the years condemn.
At the going down of the sun and in the morning,
We will remember them.x

Yes Ed writes so well and this is a great article, we are really pleased to have him on board at Virtually London (lite)!!!