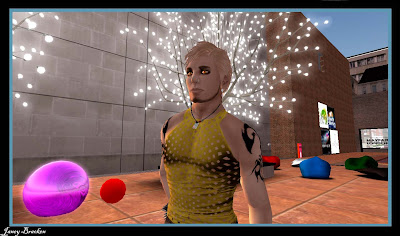 I had a meeting with Mayfair Manager Torric Rodas regarding the Hyde Park problem (see ‘London Residents Upset’). Torric wanted to put the record straight in respec 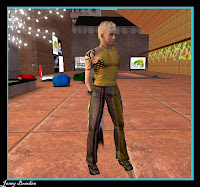 t of the SL London management, who appeared at the time, to try to force people from the Hyde Park meeting area over to the Garden Café in Mayfair.

Regarding the Garden Café, Torric told me ‘this was a piece of green grass that has never been used before. It's sandwiched by 4 buildings with this in the middle. There was no access’ he continued ‘so about a month ago I asked the builder Aeneas if he could knock a hole in it ‘cos I wanted access to this land. The idea was always for a hangout. We already have the pub and the club but I wanted another, a third community place in the sim. Previously this sim was commercial only, no residential.. and I wanted to change that and have a balance. ‘

Torric told me that he had seen the SL London management message that had been sent around to everyone regarding the Hyde Park regulars being asked to move to another sim, and he told me ‘I said to Aeneas, h 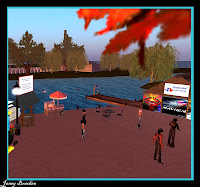 ere is a chance that if people are going to be moving around the sims, to find a home, lets get the cafe done, and done fast, and that’s what we did.’ He added ‘but it had always been planned.. and it was never my intention either, then or now, for people to be forced there.’ Torric said ‘I thought they actually might enjoy being on a mature sim and being able to do their own thing.’

I reiterated, saying so this wasn’t an area being forced on people from Hyde Park, only an idea they might like it? Torric agreed, saying ‘absolutely .. and it still stands. I would be very unhappy if people were forced to come here. I want people to come here because they like it. All the people in Mayfair are here through choice, it rather spoils it if people were here against their will.’

So it seems that the Garden Café had been planned for a little while, and Torric had thought it was a good idea to finish it quickly in case the misplaced people from Hyde Park fancied moving over to there.

As far as I can tell it looks like people still like to gather by the Dell Café in Hyde Park, although I haven’t seen an excessive number of people there lately, people do like their familiar places, but people also move on quickly in the virtual world, so not everyone will stay 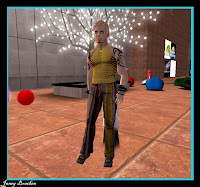 there. In the meantime it looks like SL London Director Das Wade has come up with a solution that should keep everyone happy (see his comments in the original post) He says that ‘the Dell is still there for everyone, with some minor agreement between Old Residents. Should the sim reach 45 people, then they will be expected to move to another club just to give room for new residents to get their feet in a lag free environment (Well Laggish Free).’ Das also wants people to participate if they have any ideas about the running of SL London, and he will be pleased to accept notecards with suggestions and ideas which will be looked at by the SL London management at their weekly meetings. Way to go Das! I think it’s a great idea!!
Posted by Janey Bracken at 00:37

Hopefully the controversy and hard feeling will ease a bit. Haven't seen people that upset since they changed the payment structure for land a few months back!

Yes I agree with you that people were really concerned this time just as they were about the open sims a while back. I suppose in a way it's a compliment to SL London that people have grown so fond of places in the virtual capital and think of them as their own! Otherwise they would have just left and gone to another SL sim.