Disco Inferno Fun At The UGC 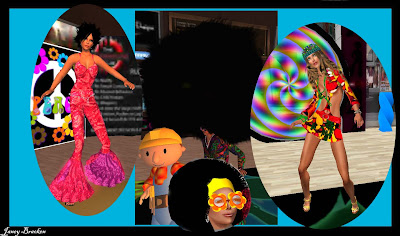 It was Disco Inferno in the UGC on Saturday night., ‘Get your flares on’ Brie IM’d m 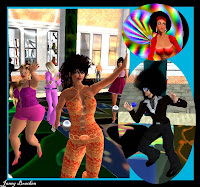 e, ‘and come and see Seany’s hair’, she said! I got my flares on, but alas they paled into insignificance compared to the beautiful ‘Saturday Night Fever’ disco outfits that were there. Flower power or what!! Massive flares, sequin covered jumpsuits and huge, yes in Seany’s case, totally huge hair!!! In fact I thought there was a thunderstorm going on in the club with a big black cloud taking up most of the room, it tur 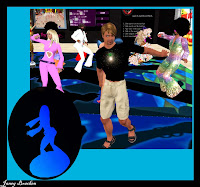 ned out to be Seany’s hair!! I had a job taking his picture, as the hair had a life of its own! only kidding Seany, it looked very Jackson Five!

Brie was dj’ing and Ruby was the host and they did a great job keeping the crowd happy, we had hits from Donna Summers through to the Village People’s ‘YMCA’ and the atmosphere was electric.

The Underground club is such a good place for themed events, as the experienced Staff, along with manager 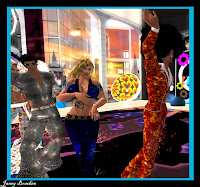 Seany, have that professional touch knowing just how to decorate it and how to get all the people in. On the 4th July they had a great night celebrating both America’s Independent day and Canada Day, by combining the two it made a very colourful spectacle with all the American and Canadian flags on display. That night Corolla Korobase was the dj and Elizabetta Westland was the host, both doing a fantastic job and making it a night to remember!! 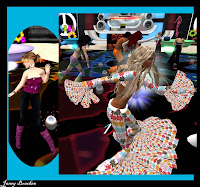 By the way, dj Janis called me and Hibiscus over to the club Monday night and there were two bananas dancing, it was ‘best in yellow night’, so they got right into the swing of things!! 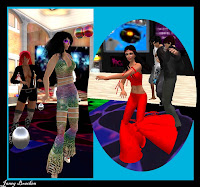 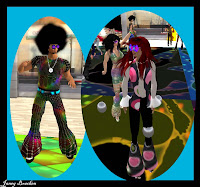 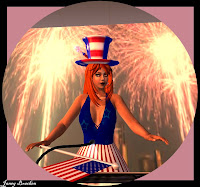 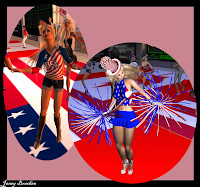 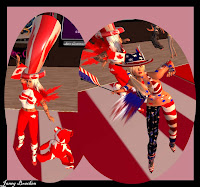 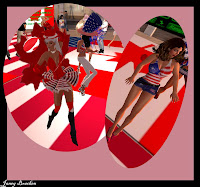 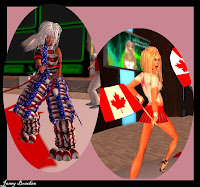 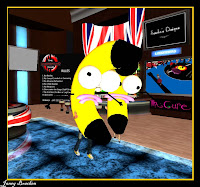 Looks like you guys had a disco inferno! you all look fan-dabby-dozy!

Hey my hair was not that big was just having a bad hair day lol
Great party and great story janey :)

Not that big Seany?!! I bet all the starlings in real London could have nested in there, hehe. Thanks Seany it was great fun!!!