Soho So Far and SL6B Opens 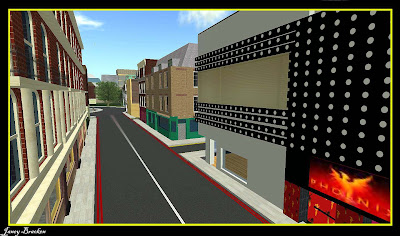 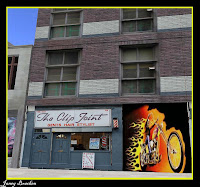 going and I panned my camera over there for a look around. The buildings look very nice so far, and I spotted one club called the Phoenix, which, if it is based on the real life club, is a place where luvvies and artists gather late into the night and it may be a little deviant in it’s flavour. Is it the same one? we will wait and see, perhaps we may get some celebrity avs in there!

There is a shop, which looks like a hairdressers, called ‘The Clip Joint’. Now ‘Clip joint’ is an old name for the seedier clubs in the real Soho, where you could watch strip tease and be entertained by some dubious hostesses who got you to buy them bottles of champagne for sky-high prices. Later on though, this name has become popular for many hairdressers all over the UK, a sort of trendy play on words!

Real Soho is known for being an area for the main ‘gay village’ of London, and public houses, such as the Admiral Duncan in Old Compton Street, serve the gay community there. I noticed one public house under construction in virtual Soho, and that’s the John Snow Pub. John Snow was a doctor in real life who 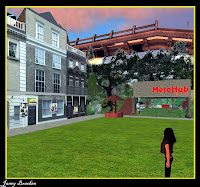 established that cholera was a waterborne disease, and the pub in real Soho is the site of the original water pump, which was the key to his discovery.

Quite a few music shops are located in the real Soho too, including Blackmarket Records and Vinyl Junkies, so I wonder if Debs will touch on these things for the virtual Soho. It would certainly make an interesting sim to have all these colourful themes. 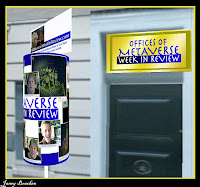 Talking of themes, the SL6B (Second Life’s 6th Birthday) exhibition opened yesterday at 10am PDT and the London site is all ready for the rush of people!! I had a look a day or so ago (but for some reason I was banned yesterday and couldn’t enter the site, sigh! (I must stop all this griefing, it’s getting me banned everywhere!) and I noticed MalBurns Writer, Technology, Internet Producer and Technology partner Tara Yeats have a great exhibition next 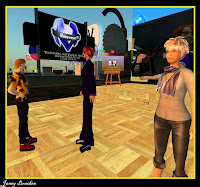 door to the SL London one, and this includes Mal’s SL London business premises along with the Greyhound Public house. They are running live 60 second broadcasts from there to find out what people think of the future of virtual worlds. So go along to have a look at the SL London exhibit and pop next door to give your 60 second opinion on the future of SL.
Posted by Janey Bracken at 00:04