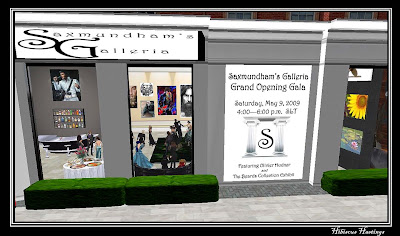 A new gallery has taken up residence in the Mayfair sim. On Saturday ni 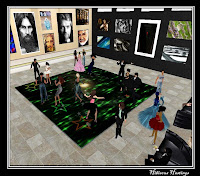 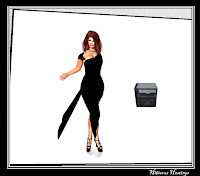 fairly new to Second Life, having joined in late December, 2008. However, she threw herself into the virtual world, buying a sim and creating a home for herself (which she describes as “Frank Lloyd Wright meets Turkish Ottoman”) as well as meeting people and making friends. During this period she encountered the artist featured at the opening, Declan McDowell (rl Olivier Hudner). Stella is an artist herself, and has dreamed of having a galler 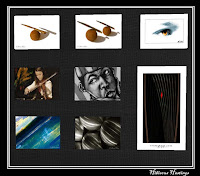 y in rl. Seeing Declan’s work spurred her on to opening a gallery in SL, in which she plans to showcase the work of emerging artists. We can look forward to seeing Stella’s own work in the fall.
Declan McDowell (Olivier Hudner) is a photographer living and working in the south of France. He is self taught and finds inspiration in the e 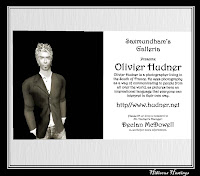 veryday world around him, capturing spontaneous actions and fleeting moments. Many different subjects and genres can be found in his work including landscapes, portraits, abstractions, nature studies and what Hudner calls recycled art, an example of which is a photograph Hudner took of some graffiti and which can be seen in the gallery. Hudner has also photographed celebrities such as Johnny Clegg and Lara Fabian, as well as live concert events. The works are vib 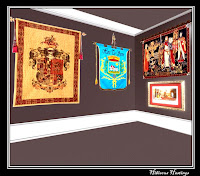 rant and striking, often focusing in on and exposing details that we tend to overlook in the day to day rush of our lives.
Also on display is a series of works depicting beards, which Stella says is a favourite subject of hers. In addition there are antiques and tapestries on display. 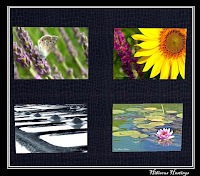 Saxmundham’s Galleria is a welcome addition to the art scene in SL London. Drop by to see the artworks, visit the wine bar and socialize with some friends.

To learn more about Olivier Hudner and view his works, go to http://www.hudner.net/ 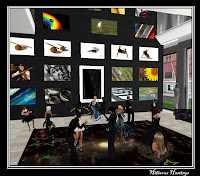