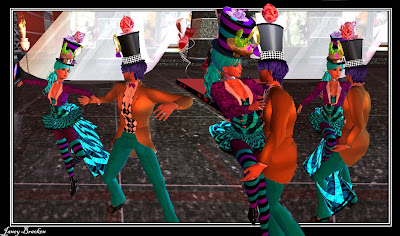 How nice that people meet in Second Life, fall in love and prove to all those do 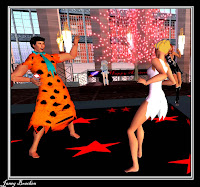 ubters that it is the real thing. Well I went to an anniversary party Saturday night, at the Kensington function rooms in LS Kensington, London, to celebrate Brie Janick and Seany1235 Blinker's first SL wedding anniversary.

Brie and Seany are one of SL London’s most popular couples, as most people know, they are both on the SL London Team, making sure that everything runs smoothly in the virtual capital and keeping everyone happy. This is a pure love story, and all of their friends at the party were so p 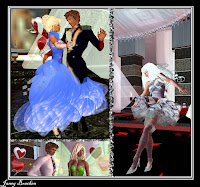 leased to be able to celebrate with this special couple on their very first SL anniversary.

The happy couple had chosen fancy dress for their party and what a colourful sight met my eyes when I arrived. I had opted to go as a bunny girl and fellow reporter Hibiscus had a faerie outfit, complete with wings. Brie and Seany ha 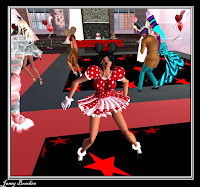 d costumes styled on Alice in Wonderland, Brie’s being very similar to Gwen Stefani’s outfit for her ‘What you Waiting For’ video.

People had really used their imaginations and there were many fantastic costumes, including Fred and Wilma Flintstone outfits, Wonder woman, Cinderella and her Prince Charming, and Mini Mouse. Most surprising though, was SL London owner Debs Regent, who turned up 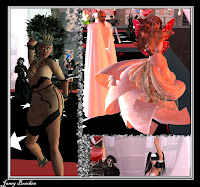 as a phantom horse, she looked very cute. Funniest thing, have you ever seen a horse dance before? Well Debs’s little horse was up on her hind legs boogying the night away.

There was an air of excitement from the moment the party started, and Brie and Seany were having a lovely time. Halfway through the evening we were treated to a live performance by Maximillion Kleene, the brilliant and very nice live singer and guitarist. Max gave a fantastic performan 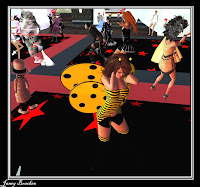 ce, he has appeared in the London sims a few times now, and he is like an old friend, greeting everyone by name from the stage.

It was a party to remember and I would like to thank Brie and Seany for inviting me, and I wish them many more happy anniversaries to come!! 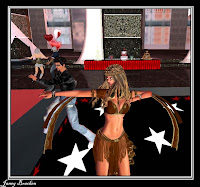 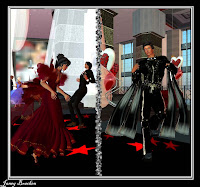 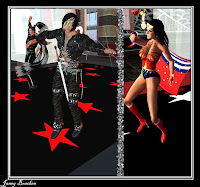 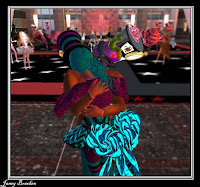 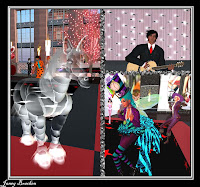 Thank you janey for the wonderful piece you have written . We would like to thank everyone who attended and who have supported us. the party was one of the best nights of my life and was made special that everyone came so share it with us.

It was a wonderful party. Thank you Seany and Brie and best wishes!

The party was fantastic! Thank you for inviting me, it was lovely to share your celebrations!