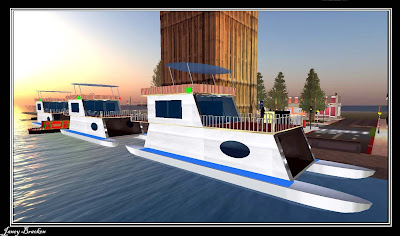 Living near the houseboats in SL Chelsea has always been great, all the little houseboats with their different designs, and I really enjoyed living in one when I first arrived in SL 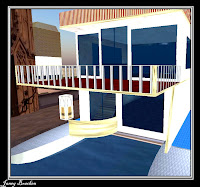 London.
However, I’m not too sure what’s going on, as there seems to be an invasion of Catamarans all of a sudden, along virtually the whole embankment. Perhaps there is going to be a Catamaran race down the Thames!! Mind you, these boats look as if they will be permanently moored there, as they look a little bit large to navigate any waters around SL London.
The real modern day 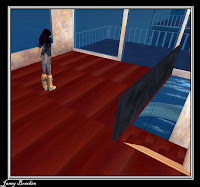 Catamarans, although looking like something created for a hot climate, were actually a British invention, being thought up by two Essex brothers, Francis and Roland Prout, who were the country’s top canoeists, representing Britain in the Helsinki Olympics in 1952. The brothers were boat builders by trade and it was Roland’s idea to lash two canoes together using bamboo, the full potential of the design was seen in the speeds they achieved. (Saying this, fishing boats using two hollowed out logs for the hull, were the very first Catamaran type vessels invented by the Polynesian Indians many, many years ago). The Prout brothers went into production with 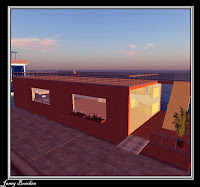 their design and were astounded at their own success. Catamarans are now used globally for racing, smashing record after record.
These SL Chelsea Catamarans are for rent, and they will make nice spacious living accommodation for anyone who wants to live by the embankment. I must admit though, I did like the other houseboats previously moored there. There are still a couple of the old style boats and one really nice one has been built by Auti Coba who uses the boat as his own ho 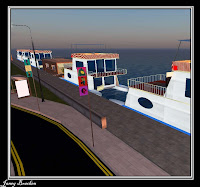 me. He told me it is his first build and he has done a really great job.
If you fancy renting an ultra modern catamaran they are 600 Lindens a week with 200 prims available for furniture and personal items.
Posted by Janey Bracken at 00:02