Party Fun At The Underground Club 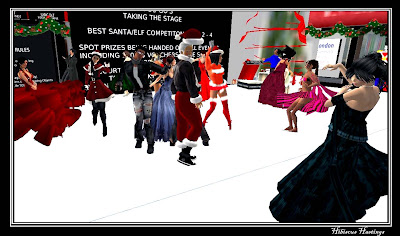 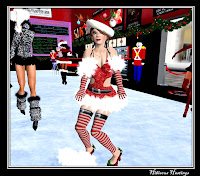 One of the highlights was a live performance by the SL Go-Go’s, which, despite the usual sl hurdles, was extremely popular and got everyone dancing to such hits as “Vacation” and “Our Lips are Sealed”. After that a best dressed elf and Santa contest took place. Bernadette Halostar won the women’s competition, while Blaze Menizah and Truths Marder split the men’s prize.

The club itself was festively decorated and attendance was high, peaking around 48. Gifts and prizes were donated by many of the merchants aroun 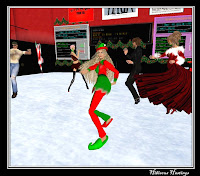 d the London sims. @Designs donated a unisex outfit including a sweater, cap and pants to get everyone in the winter mood (see Virtually London (lite) Dec. 19). The Underground Club even had a bear to give out made especially for the occasion. Many avatars wore outfits in keeping with the event and it was a great start to the holiday party season. Congratulations to the organizers and djs for hosting another successful party. 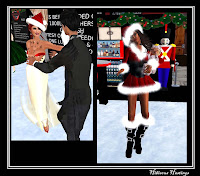 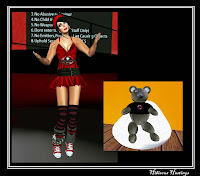