Being a Newbie in Second Life 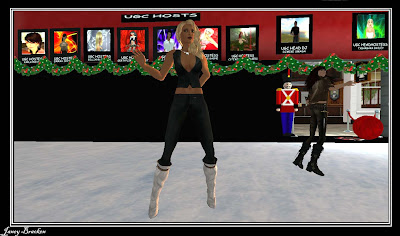 After hearing about Second Life from a friend of mine, I finally decided to gi 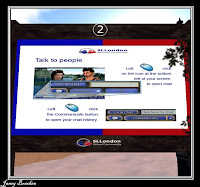 ve it a go and see just what she was going on about. So after signing in, so to speak, I find out I can be anyone I want to be (well almost), I could be tall, short, skinny, fat etc, even beautiful! well to a point!
I felt as though I was a plastic surgeon just learning her trade, lol. After several attempts to give myself a new name, I found after a click or three, being whisked away to some strange land where everything was a greyish blur, with some blobs of light with names above them! slowly they turned into people and the landscape became clearer 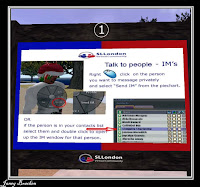 and more defined. Later I was told this is known as "rez" and all about the joys of drag (lag) lol.
So after fumbling about like a young baby learning to walk for the very first time, I eventually said ‘hello’ to a few people, found out that I could fly, I mean, wow fly! how good is that! After looking round this small island for a while I noticed a bill board with ‘enter’ or something or other on it, so I clicked it and found myself entering a whole new world.
I don’t remember where I was first sent, but I knew I didn’t like it. The people seemed very false and not very welcoming. I nearly gave up at this point, but found I could teleport to anywhere in the world, how cool is that?
Luckily I tried SL London, Knightsbridge to be accurate. I met some very amazingly friendly people there who made me feel very welcome, and even though they must have been asked the same questions many, many times before, they still answered them in a way I could understand. And with the help of a very special person, namely Janey Bracken, I knew I had found a new home, with many places to go, people to meet, and many, many things to learn.
pixi Piers
Posted by Janey Bracken at 00:08

Thank you for your nice comment about me pixi! directly I met you I realised that you had that sparkle in your personality to get on great with people in SL, I think you will have a lovely future in the virtual world!!