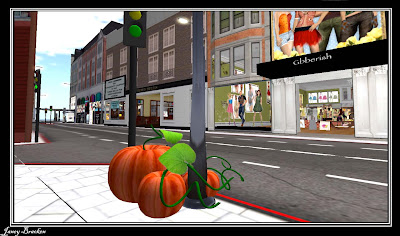 You have probably seen the pumpkins which have suddenly appeared on street corners in SL London. There is a chill in the air now that October is coming to an end and the dark nights are drawing in. All over the Second Life grid you can see preparations being made f 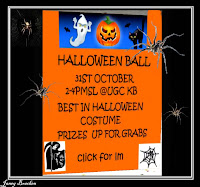 or Halloween, the night when witches, spooks and ghouls take to the streets. Well SL Knightsbridge is holding it's own celebrations, make a note in your diary, because the London Underground Club is holding a Halloween Ball. There are prizes to be had for the best Halloween outfits, so you can really let your imagination run riot! The Ball is between 2pm and 4pm SLT on the 31 October.
Posted by Janey Bracken at 08:23