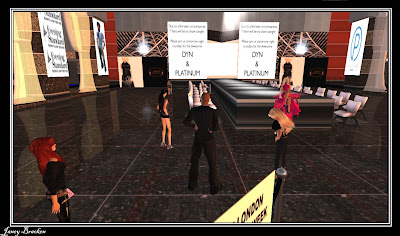 Apologies had to be sent out quickly tonight to all the people who had expected to see another fashion show in SL Kensington. The London team had done all that they could to find out why FAT Designz, who were booked in for tonight's show, failed to show up without informing anyone. The team even teleported over to FAT Designz store, but found the three people who run the business were off line. Maybe there is a good reason why they did not keep to the schedule, but I think, in the circumstances, they owe the team and all the people who had made their way to the show, an apology.
Posted by Janey Bracken at 23:51