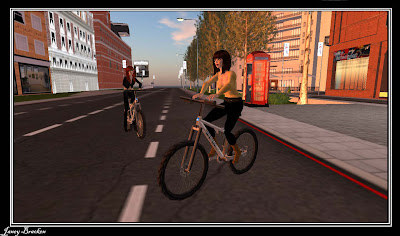 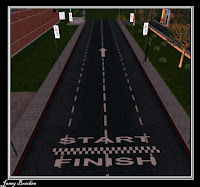 We have a great new Events Manager in SL London, Ruskin Thor (we will catch up with him later on for an interview!!!) and he has really taken on the job with a lot of enthusias 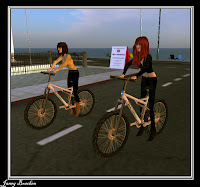 m, which is just fantastic for SL London. He is organising a bicycle race which starts on Monday in SL Mayfair, it’s the ‘Tour of SL London’ and is in honour of the ‘Tour of Britain’ in real life. The event is going on all week in SL, so get along there and see if you can win the race.

As well as the race 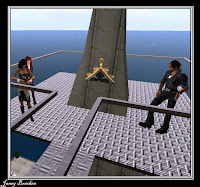 , Ruskin has set up a bungee jumping event at SL Big Ben, which looks like a lot of fun. You will be able to risk your neck and take a leap from the clock tower from Saturday. I went up there with Ruskin and Treasure Vhargon to take some pictures, and I can te 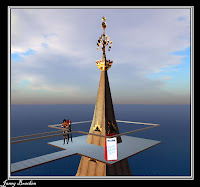 ll you, it is a long way down!!!! I was a coward and flew back to the ground, but I might be brave and have a go next time. Welcome to the SL London team Ruskin, you are doing just great!!
Posted by Janey Bracken at 00:54

Welcome Ruskin, I am looking forward to all the great events that are being planned. The bicycle race looks like lots of fun, I always enjoy getting out on my bike. Not sure about the bungee jumping, though, that looks pretty scary!