Virtually all kinds of Drugs in Chelsea 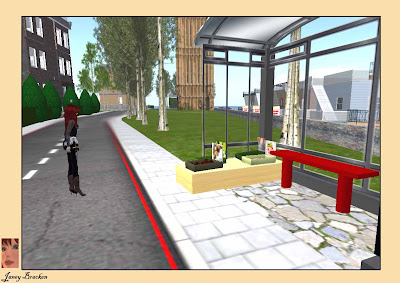 Life in SL London is very similar to life in the real world in lots of ways. After all real people sit behind the keyboards and decide on whatever they want to get up to in the virtual world, good or bad. I've come across some bad people on my travels, but most people are nice and mainly come here to socialise, or run a business. Then again some businesses are worse than others, depending on what you consider to be in good taste. There are no police with actual powers of arrest walking about in Second Life, and you won't even catch a toy policeman (Community Support Officer) on the streets either, not even a traffic warden on patrol!!! Yes Second Life is pretty much regulated by the residents themselves, unless avatars really overstep the mark and use weapons to blast their victims into the next sim. You can't harass people either, sexually or otherwise by using any form of abusive behaviour, as these sort of acts

can be reported to the Linden Labs and often a ban is used as a punishment, the length of time depending on how bad the abuse or attack is. (I know someone who has been banned for life because he had so many abuse reports made against him). There are avatars who invent ways to raid the accounts of other residents as well, I have had this tried on me twice, but luckily I was aware that such things could happen, and managed to stop it (it's best not to accept a free gifts from someone you don't know because by accepting you may find you are being tricked into something). You may wonder what all this has got to do with sleepy, peaceful SL London, well when I logged on this morning I thought I would take a stroll over to the houseboat to see if everything was ok, and suddenly I saw something strange at the bus stop on Chelsea embankment. On closer inspection I realised it was boxes of various drugs, magic mushrooms, spliffs and even ordinary looking cigarettes, all marked up by the owner ready for anyone to buy the stuff as they walked past. It's very amusing when you wonder why anyone would bother, it's not as if they can have any effect on you in SL, although I have seen people walking about smoking virtual cannabis in here, I think they like to have that sort of image. I have also seen shops opened in SL that sell all types of virtual drugs, apparently they are scripted items to make the avatar act as if he or she are really under the influence. Same with alcohol, I have a bottle of Jack Daniels whiskey and a can of beer in my inventory that you can drink, and after the third swig you stagger and fall to the ground, although this does look hilarious, especially if a crowd of you are drinking together. I did send a message to the owner of the boxes of goodies and asked him what it was all about, but he ignored me, he may have been taking virtual magic mushrooms and not noticed my message. Anyway, Chelsea being the very clean and tidy sim it is, the salesman must have had his boxes returned to him, because when I passed the bus stop a little while later, everything had disappeared, or did I just imagine it!!!
Posted by Janey Bracken at 00:03

I wondered where I'd left them!

Hehe, hadn't realised you'd started a new business, I'll stick to my can of beer!!!