Wishing everyone in America a very Happy Independence Day! I hope you have a great time,

Posted by Janey Bracken at 06:47 No comments: 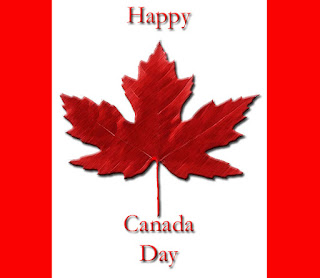 Happy Canada Day.  I hope all our friends in Canada are having a great day to celebrate their wonderful country! 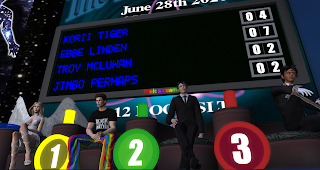 I received an invitation a couple of days ago to attend a science themed quiz show at SL17B. The invitation came from Pooky Amsterdam (Founder and CEO at pookyMedia.com).  It was for a show called The Super Guru Addition Of The 1st Question and it was held in honour of the late Paradox Oblers (Bruce ‘Spike’ MacPhee in the real world), who sadly had passed away last year.  Paradox played a very active part in Second life being the owner/manager of the Spindrift island Space Gallery, a SciLands science Senator & SciLands Council member, an International Spaceflight Museum planner & head of operations, a NASA SL CoLab manager, a MICA Advisory Council member, and a curator for the IAAA astrnomical art wing at SpinSpace Gallery. So the show was a touching tribute to this amazing man.

The sim filled up fast as the audience arrived for The 1st Question show and I quickly took my seat.  There were four contestants, Ebbe Linden, Troy McLuhan, Korii Tiger and Jimbo Perhaps and the show was  introduced by Pooky Amsterdam who,  along with Hydra Shaftoe, read out the questions to the contestants during the evening.  The science related questions were fired at the very intelligent players and the audience had a go too at firing back some of the answers. Questions such as ‘Does the human brain operate on 60 Watts of power?’ Yay or nay? The answer to this was nay, it runs on only 20 Watts. I think my brain was only running on 10 Watts of power last night as I watched the contestants showing off their vast knowledge.  It was a close thing, but Ebbe Linden finally won the contest overall. He had struck lucky with one question though, it was what is the phone app called that helps people to track down surplus half-price food items in supermarkets, restaurants, bakeries and cafes, items which would have usually gone to waste (the app is used in London and Sweden).  The answer is the Karma App and Ebbe admitted that he had actually sat in the back seat of a limo about a year ago with the guys who had created it

It was a fun night and everyone had a great time!  You can view the show on Pooky's you  tube channel at https://youtu.be/fmvE8oLpGXk

Posted by Janey Bracken at 15:01 No comments: 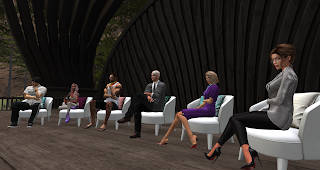 I'd forgotten it was Second Life's Birthday! Yes it’s been 17 years since those first Avatars started to inhabit the now famous virtual world. A world where all dreams are possible if you have the imagination and creativity to immerse yourself in the rich digital fantasy, crossing over now and again with real life.

Teleporting over to the SL17B sims last night  I was lucky enough to catch one of the ‘Meet the Linden’ events featuring Brett, Darcy, Strawberry, Maveric, and Tara Linden.   They were there to answer questions with Saffia Widdershins chairing the show (Saffia is the owner/editor of Prim Perfect Magazine and producer of Tweet TV's Designing Worlds).   It was a very interesting evening, the Linden team were from the marketing department of Linden Labs and they gave us a good insight into promoting and formulating new ideas for SL.  The team work very hard and one of their main tasks is making sure that the SL population can give their in-world businesses the recognition and exposure that they need to thrive in the virtual environment as well as promoting SL itself to the real world.

The SL population has increased over the last few months due to the impact of COVID-19 with 900,000 active users. Some older avatars have been rediscovering SL and many newcomers have also joined to experience virtual socialising during the lockdown.  It’s been the highest number of active users since 2007 and it looks like people are still joining.  The Lindens told us that they were trying to find easier ways to explain the SL changes over the years,  such as how to use mesh clothing and baked on mesh that even bedazzle the older returning avatars.  And looking at the  advances that the lifelike avatars have gone through, it’s no wonder that it takes a while to get used to things.

One of the newest Lindens who has recently joined the Labs is Strawberry Linden.  Previously known as avatar Strawberry Singh in-world, she had helped so many people with her videos and blogs by trying out and explaining the new technology as it evolved step-by-step and I had learned a lot from her videos regarding mesh when it first appeared on the scene.  Strawberry is ideal to carry on with her work as one of the Lindens and they all have so many different skills fitting their marketing roles.  They also encourage Bloggers and so far they have 450 registered Bloggers, 10 of whom they showcase each day to bring that extra diversity and differing concepts to what experiencing a Second Life is all about.  The nice thing is that they are always there to help with SL businesses etc and any real life companies who wish to make SL a platform for their products.

I'm glad I caught the Linden event last night and I'm off to explore the SL17B Exhibits now to see what the marvelously clever and gifted SL population have created this year.  Happy Birthday SL!